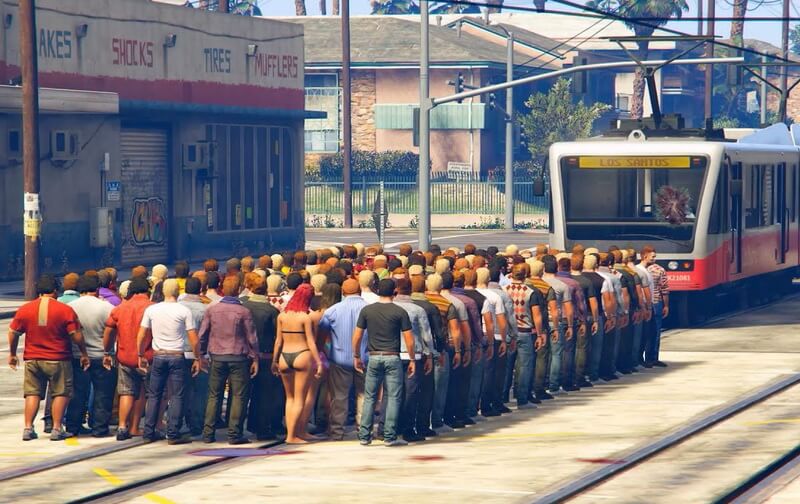 A few days ago, a Youtuber named RZ Editz took it upon himself to find the answer to an important question. Would one hundred Grand Theft Auto V civilians would be enough to stop a Jumbo Jet?

Satisfied with the results, RZ Editz has now decided to take it a few notches higher, by pitting a 100 GTA V civilians against the game’s ultra resistant Tramway. If any of you are hoping for a non-violent ending, let me warn you, the tramway has a lot of mass and energy behind it.

He started off with 25 people and let me just say this much…it didn’t end well with most of the Civilians run over and flattened to death. Next up he tested 50 people against the almighty Tramway and again it ended in disaster with horrible death cries of the civilians.

However, no one could have expected what happened when he tried it again with more than 100 plus GTA V civilians…

Not only did the Tramway stop after mowing down over half of the Civilians, it started doing what appeared to be a satanic dance before being completely destroyed. Oddly satisfying to watch nonetheless.

Take a look at the video below – 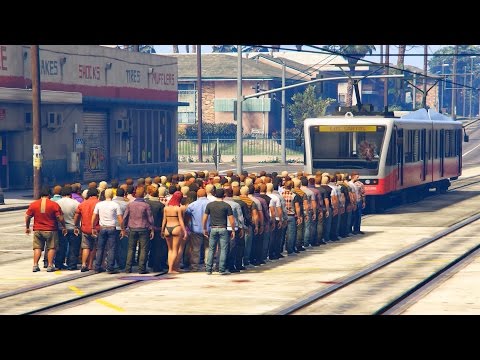