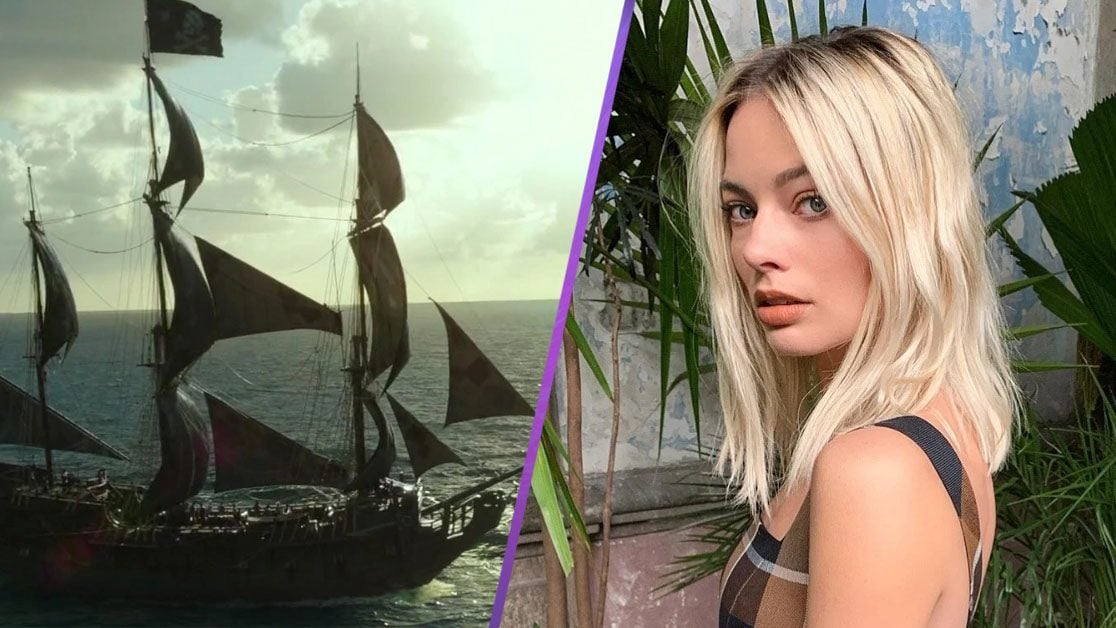 Jerry Bruckheimer, producer of the Pirates of the Caribbean movies, has confirmed a new entry with Margot Robbie is still in development.

In an interview with The Times, Bruckheimer spoke about plans for two upcoming Pirates of the Caribbean films – and one involves actress Margot Robbie.

“Yes. We’re talking to Margot Robbie. We are developing two Pirates scripts — one with her, one without,” he said in the interview.

Bruckheimer also confirmed that Johnny Depp not returning to the Pirates franchise hasn’t entirely been ruled out yet.

Plot details on the project are kept in Davy Jones’ Locker, so we’ll have to wait a bit longer to see what happens with the project. Robbie, most famous for her role as Harley Quinn in Suicide Squad and Birds of Prey, is currently producing and starring in a live-action Barbie movie.

She is also a co-founder of LuckyChap Entertainment, a movie production company focused on female-led film and TV projects.

A Margot Robbie-attached Pirates project with an all-female main cast has been in development since at least 2020. However, updates on that were few and far between, so it was unknown what the status of that is until now.

Will you go and see an all-female Pirates movie led by Margot Robbie? Let us know on our social media channels.