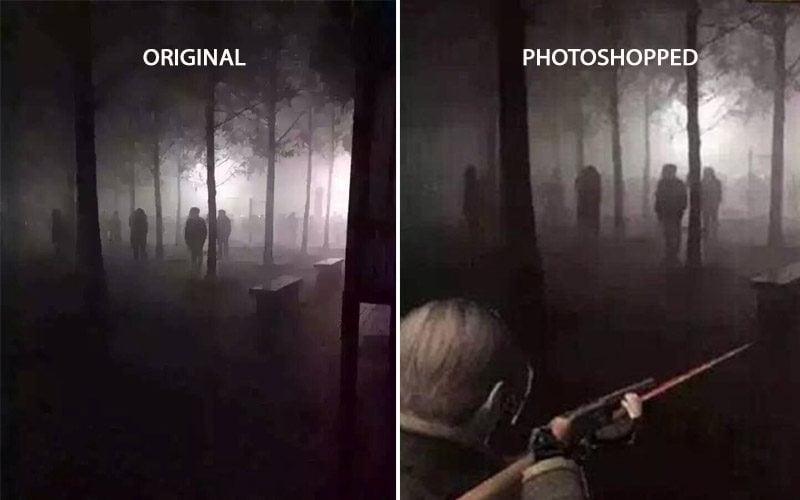 Air pollution has been a major problem in China since a couple of years. Various parts of the county is under the grasp of appalling air pollution. The local governments in China have also requested its citizens to stay inside their houses unless they have an important job.

However, a few people have come together to make things even worse as far as coming to terms with the pollution is concerned. They’ve used Photoshop to make horrifying images that compliments the thick smog in the country. We share some of the best ones below –

The Chinese people are searching for ways to cope with this dreadful air pollution. Masks aren’t helping either and the Photoshop is making it much more difficult for them.

A Chinese internet user has photoshopped monsters and aliens into the images of already polluted places to make them look more frightening. The Nanfang shows some of them.

Here’s an image which shows a few ladies practice dancing. This image is not photoshopped.

This is the Photoshopped version

This is really dreadful for the people living in China. We hope the government takes action before the entire country melts down.