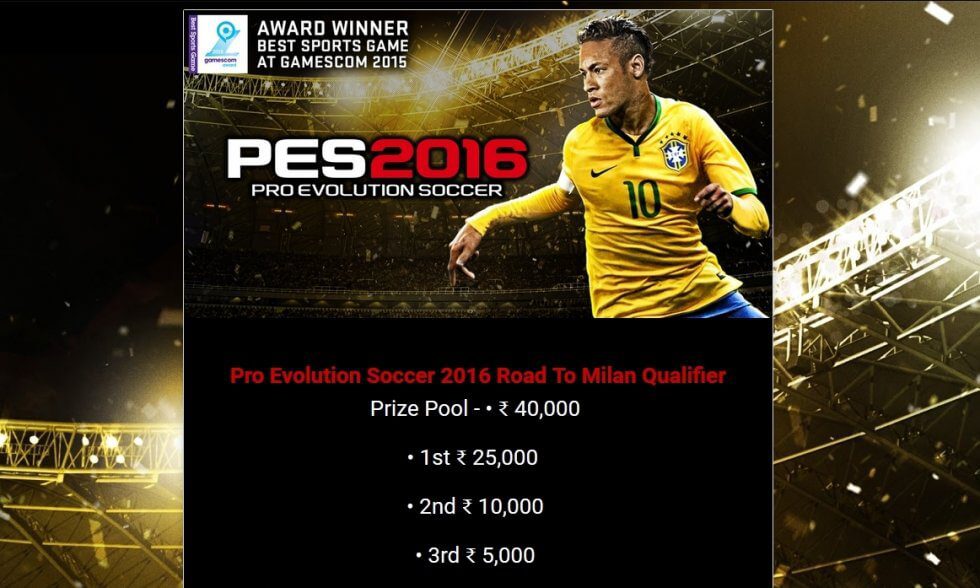 The qualifying event will be held at Infiniti II Mall, Malad (W) in Mumbai, 11 am onwards on 20th September 2015. Several Mumbai FC stars will be present at the event and the participants and the audience will get a chance to meet them.

The qualifier kicks off one of many events to find a winner for the National level, and then to represent India at PES League World Final in Milan, Italy.

The qualifier will select one winner through the competition of PES 2016, who will go on to the National level and finally to represent India at PES League World Final in Milan, Italy. The entry to the event is free.

The prizes for the Pro Evolution Soccer Road to Milan qualifiers are Rs. 25000, Rs. 10000 and Rs. 5000 for the first three positions respectively.

There are limited slots available. To register and for more information, visit here.