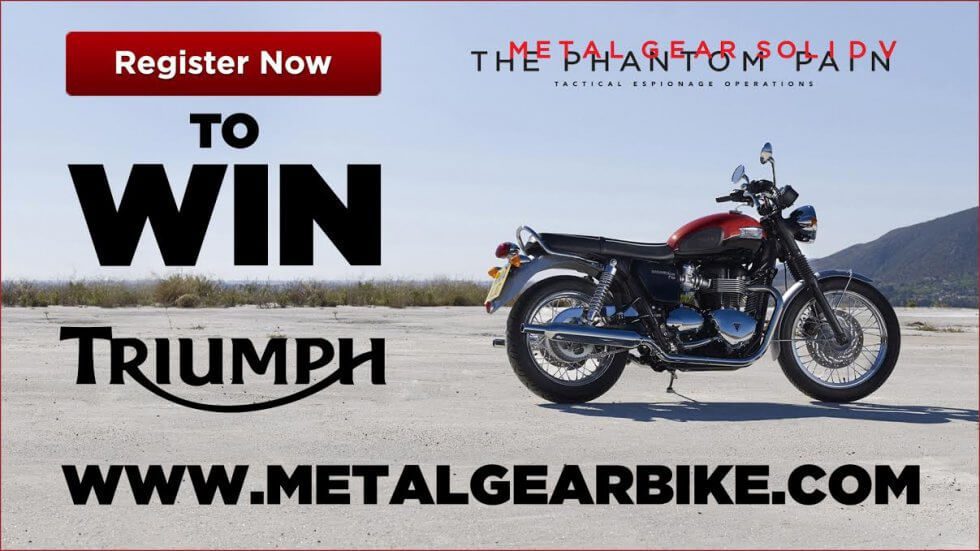 A contest website named Metal Gear Bike has been launched where you can register and stand a chance to win a Triumph Bonneville T100 Motorcycle worth Rs. 8 lacs. The website also contains information about the game.

The Bonneville T100 Triumph is inspired  by Metal Gear Solid V: The Phantom Pain and is ridden by the cult protagonist in the game called – ‘SNAKE’.

The motorcycle is showcased at Oberoi Mall by e-xpress to celebrate the launch of the Metal Gear Solid V: The Phantom Pain and will be given away to that lucky winner who registers through the website. There is no fee and purchase imposed to enter the contest. The entry to the event is also free and open for all.

Participants are requested to follow few easy steps to register. Click here now to make the most of this glorious opportunity of wining your very own dream Motorcycle!

The lucky winner who will win the bike will be announced later on 20th December 2015 on www.MetalGearBike.com