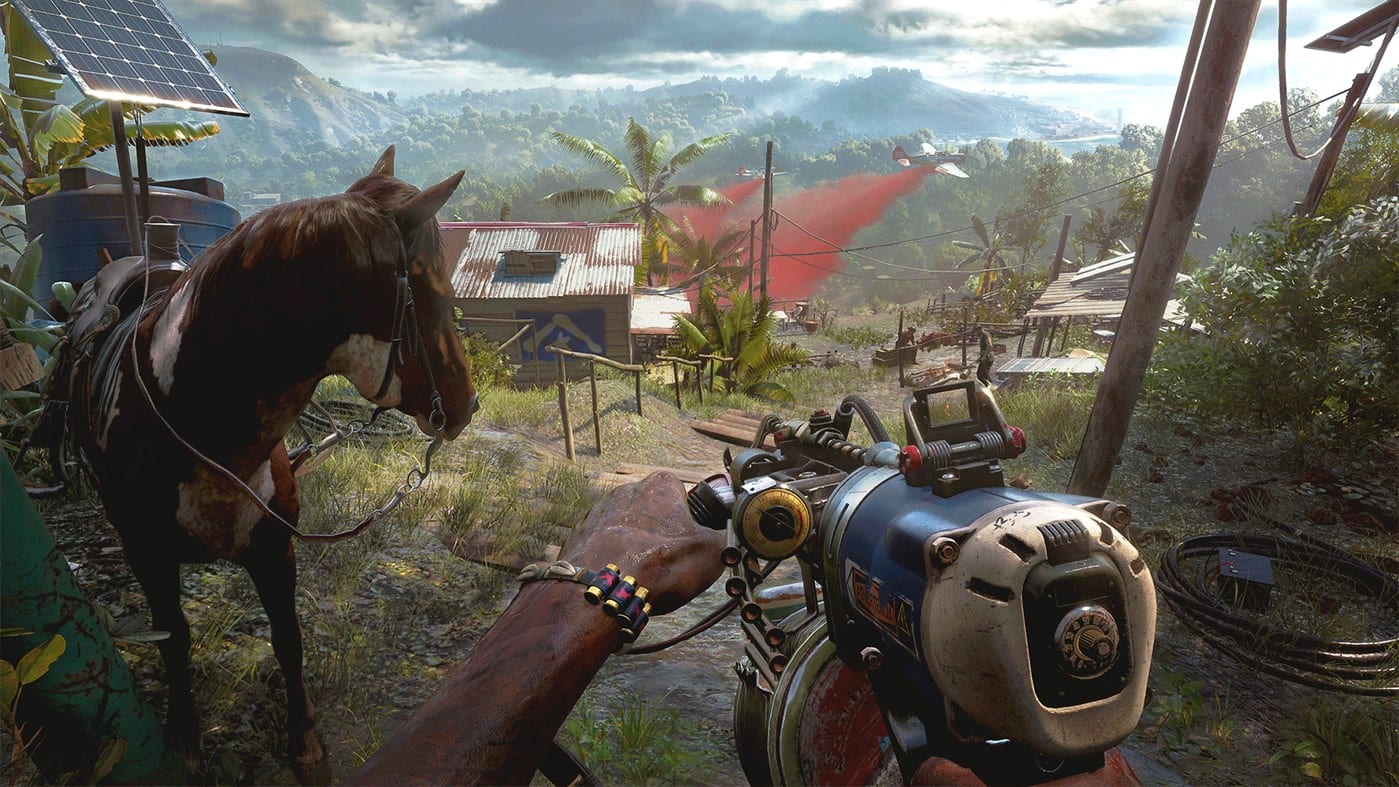 In a surprising U-turn from Ubisoft, the Far Cry 6 narrative director has explicitly stated that the story will be political.

Far Cry 6 gameplay was finally unveiled to the world just before the weekend. Our own Lara Jackson was able to preview the game, which she says is ruthless, relentless, and ridiculous.

We know that the story of Far Cry 6 is set on the fictional Caribbean island of Yara. It’s ruled over by Antón Castillo, played by Giancarlo Esposito. Castillo is a ruthless, fascist dictator set on empowering his country to operate independently. The story will revolve around the player taking part in a freedom fighter revolution looking to overthrow the dictatorship.

“Our story is political,” Khavari begins bluntly. “A story about a modern revolution must be. There are hard, relevant discussions in Far Cry 6 about the conditions that lead to the rise of fascism in a nation, the costs of imperialism, forced labour, the need for free-and-fair elections, LGBTQ+ rights, and more within the context of Yara, a fictional island in the Caribbean.”

Despite the setting sharing similarities with the political state of Cuba, Khavari insists that Far Cry 6 does not comment explicitly: “

“if anyone is seeking a simplified, binary political statement specifically on the current political climate in Cuba, they won’t find it. I am from a family that has endured the consequences of revolution… I can only speak for myself, but it is a complex subject that should never be boiled down to one quote.”

Ubisoft has avoided political discussions in the past

Ubisoft acknowledging that its games deal with politics is a surprising u-turn from its stance in the past. In particular, the publisher told Polygon that The Division 2 “definitely [wasn’t] making any political statements” [via The Verge]. That’s the game about the US Government fighting to regain control of the US capital in a global pandemic. Sure hit’s different in 2021, huh?

It’s refreshing to see a publisher acknowledge that its game deals with nuanced subjects rather than tip-toe around the conversation. Khavari contextualises Far Cry 6 by saying: “What players will find is a story that’s point-of-view attempts to capture the political complexity of a modern, present-day revolution within a fictional context.

“My only hope is that we are willing to let the story speak for itself first before forming hard opinions on its political reflections.”

Ubisoft is not the only game developer to realise that, often, narrative subjects are inseparable from politics. The developers of Six Days In Fallujah recently issued a statement about the politics that its game touches upon.

Far Cry 6 will release later this year on October 7th.