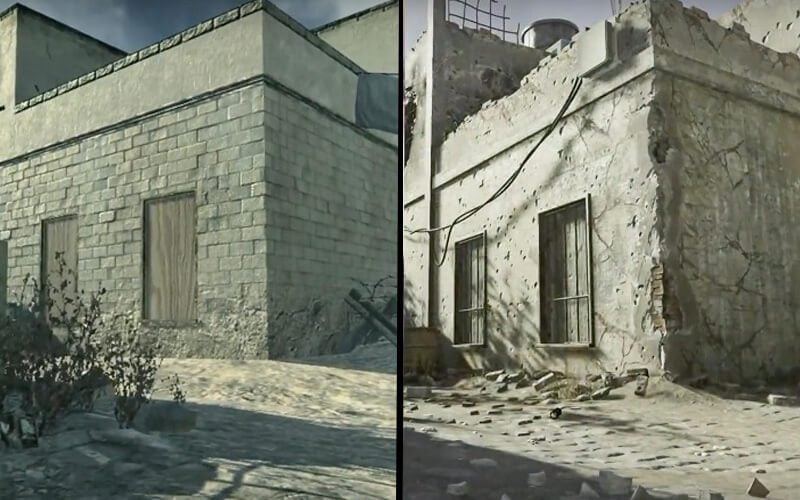 Activision announced the Call of Duty 4: Modern Warfare last night much to the delight of fans worldwide. It not only revealed that the game is coming to the PS4 and Xbox One but also confirmed that Raven Software is developing the game from the ground up.

This means it isn’t getting any cosmetic upgrades but is being remade for this gen consoles from scratch. Not only will it feature the full singleplayer campaign from the original but also ship with a fully loaded multiplayer mode containing 10 of the best maps from the original.

The game seems to have gone through a huge visual upgrade as is evident from viewing these screenshots below. These are a side-by-side comparison of the recently announced remastered version with that of the original, which released back in 2007. The progress is incredible to say the least.

Modern Warfare releases later this year for PS4 and Xbox One. The game can only be acquired by purchasing either the Legacy edition or the Digital deluxe edition of Call of Duty: Infinite Warfare, which releases on November 4.