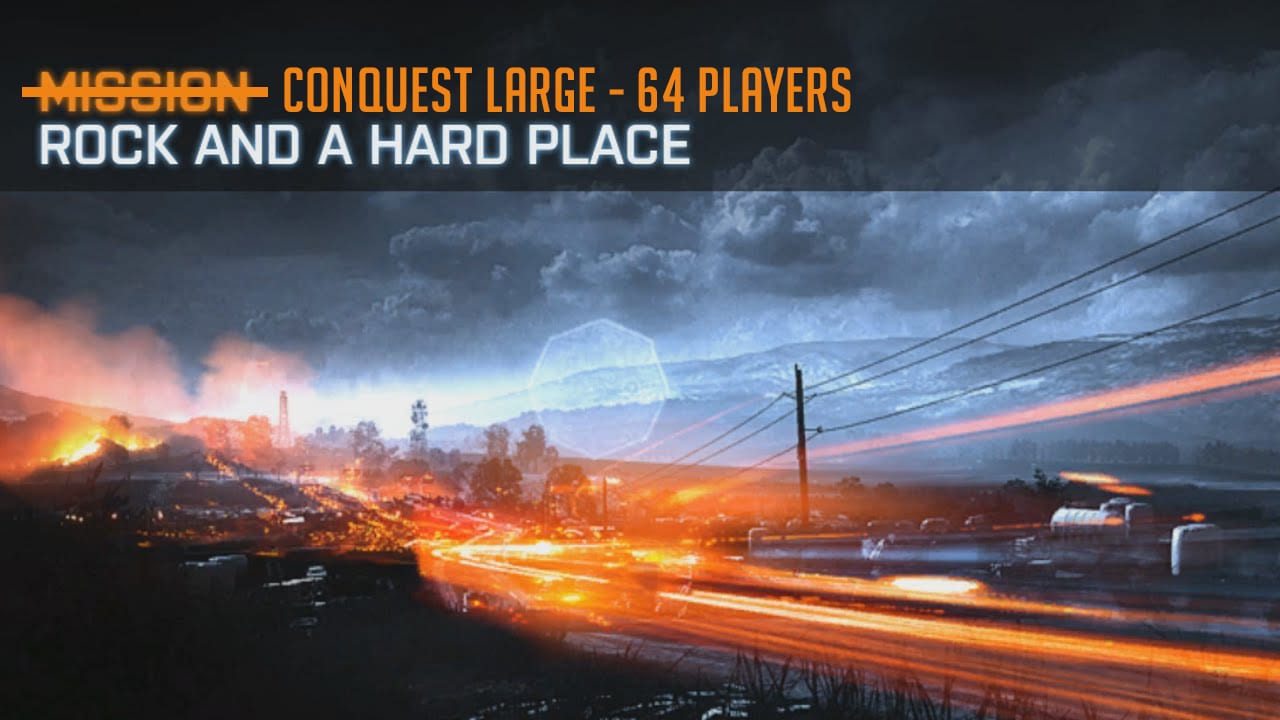 A group of modders have ported over areas from the campaign of Battlefield 3 to the multiplayer as brand new maps.

Using the Venice Unleashed modding framework, a modder by the name of ‘keku645’ has enabled select single-player stomping grounds to be playable as fully-fledged multiplayer maps.

The map designs are not intended to be used for multiplayer – don’t go in expecting them to be the pinnacle of gameplay. Still, it’s intriguing to be able to play a few rounds in totally new Battlefield 3 environments.

Here’s a rundown of the new maps we’ve seen so far.

Fans of Battlefield 3 will recognise this locale as the set of fields from the ‘Rock and a Hard Place’ mission. It’s set in Iran and takes place towards the very end of the single-player campaign.

In that mission, you start under the cover of a forest before emerging onto an exposed road running down the valley into fields of enemy territory. It’s an exhilarating mission, featuring some light tank gameplay and incoming jet strafe runs.

Now you can relive all of that in free-play multiplayer style. Much of the original environment has been preserved, with a team spawning in the forested area and much of the gameplay taking place in the fields.

Conquest capture points are scattered across the arid fields, overshadowed by the stationary wind turbines. Infantry players might struggle here as there’s little cover to speak of. Your best bet is the collection of hay bales strewn throughout the fields, but for the most part, you’ll want to remain in a vehicle.

Valley significantly reminds me of the maps included in the Armored Kill expansion for Battlefield 3. That expansion focused on wide-open maps and catered heavily to vehicular gameplay. Tanks, Helicopters and Jets all seem to thrive on this map.

If up-close and personal action is more your style, check out keku645’s other map port, Villa. Just as Valley would be right at home in the Armoured Kill expansion, Villa looks as though it’s been plucked straight out of the Close Quarters DLC for Battlefield 3.

This time, the modder has picked from the mission ‘Kaffarov’ in the single-player campaign. It’s the penultimate mission where you play as the Russian character, Dima. After an exhilarating skydive into the level, you end up in this gorgeous Iranian Villa looking out across a gorgeous view of the ocean.

Surprisingly, this one seems like the best of the bunch to host an actual round of multiplayer. It’s best suited to Team Deathmatch, Domination and Gun Game – no all-out vehicular warfare like Valley. But if you go into it with your expectations in check, it looks as though you can have a half-decent match here.

The tight corridors and stairwells are intended for a one-way linear trip in the single-player, but they don’t half do a bad job of accommodating some small multiplayer firefights.

Of all the maps on this list, Jet is the one that works least well as a multiplayer map. That’s mostly because it isn’t even intended as an environment to be played in single-player.

Jet is set atop the aircraft carrier seen in the ‘Going Hunting’ mission near the beginning of the game. You don’t spend very much time on it at all – it’s purely a staging ground for the player to board their fighter jet and take off. If you’ve ever wanted to fully explore this illustrious carrier, now’s your chance, and you can do it with 31 other buddies too!

Without any changes, the carrier is an incredibly open environment. There’s not a single piece of cover in sight, so it’d make for an incredibly disappointing multiplayer experience. Luckily, the modder has dotted a few extra containers and scaffolding pieces around the edge of the runway so it’s not a total sniper-fest.

That said, using a long-range weapon is still the go-to meta here. The lines of sight are extensive, and the walkway along the edge makes it easy to duck and dive in and out of cover to take potshots across the tarmac. Just like Villa, it’s best suited to the smaller scale modes.

The best part about this map? The two pilots that served as an audience for your takeoff in the single-player are still here. They sit idly by in their neon green and red suits, care-free as bullets fly around their ears.

How can you play these maps?

If you want to try these single-player maps out for yourself in Battlefield 3, you’ll need to download and install the Venice Unleashed client. It’s free to download, you’ll just need a copy of Battlefield 3 on PC and any desired DLC. Instructions for installation are available on the modding website.

Venice Unleashed mods are bringing loads of new content to the decade-old classic. Previously, I spoke to the team behind ‘Darkness Unleashed’, a project that aimed to bring fully-fledged day/night cycles to the 2011 shooter. A battle royale mode is also in the works, though it’s not entirely clear when this mod will be available.

With Battlefield 6 on the horizon, it’d be great to see DICE allow more freedom with modding. Venice Unleashed is breathing new life into a decade-old title whose player base would otherwise dwindle. A mod scene could be the edge that Battlefield 6 needs.

Will you be giving these Battlefield 3 single-player maps a try? Let us know across our social channels.