SNK PLAYMORE is giving PlayStation owners a chance to play Metal Slug 3 on the PS3, PS4, and the PS Vita. Metal Slug 3 is a 2D run and gun action game that has been around since the year 2000. The gameplay mechanics are the same as in previous Metal Slug games; the player(s) must shoot constantly at a continual stream of enemies in order to reach the end of each level. This time around, it seems that SNK PLAYMORE  wants to do integrate the PlayStation community for something that PSN users haven’t seen yet; “In aiming for some of the highest-level quality NEOGEO emulation seen on PSN yet, coupled with a set of online features for PlayStation gamers, we look forward to releasing the most highly revered title in the Metal Slug series together with PlayStation in the coming months.”

No other specific details were given in the announcement today, but they are expected within the next few months. 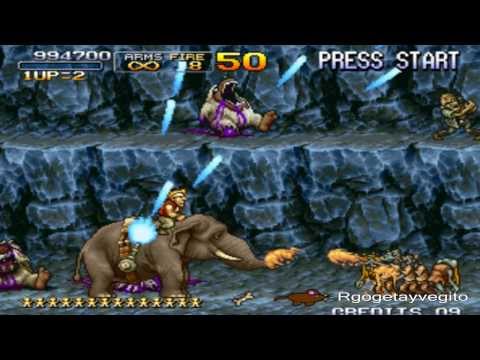