Dust: An Elysian Tail, a hand drawn 2D platformer with swordplay is coming to the PS4. The games art style is similar to animated movies from the 80s’ and 90’s but is expected to run at 60 FPS and 1080p. The game was announced today at the official PlayStation blog. 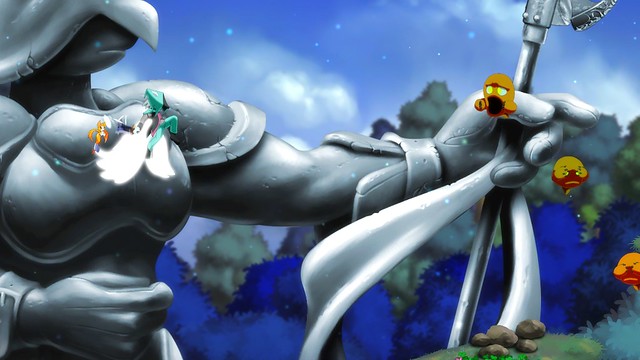 Dust: An Elysian Tail originally came to the Xbox 360 in 2012 and garnered generally positive reviews; earning a 83 metacritic score.  The game is about the titular main character, Dust, as he tries to remember his past.