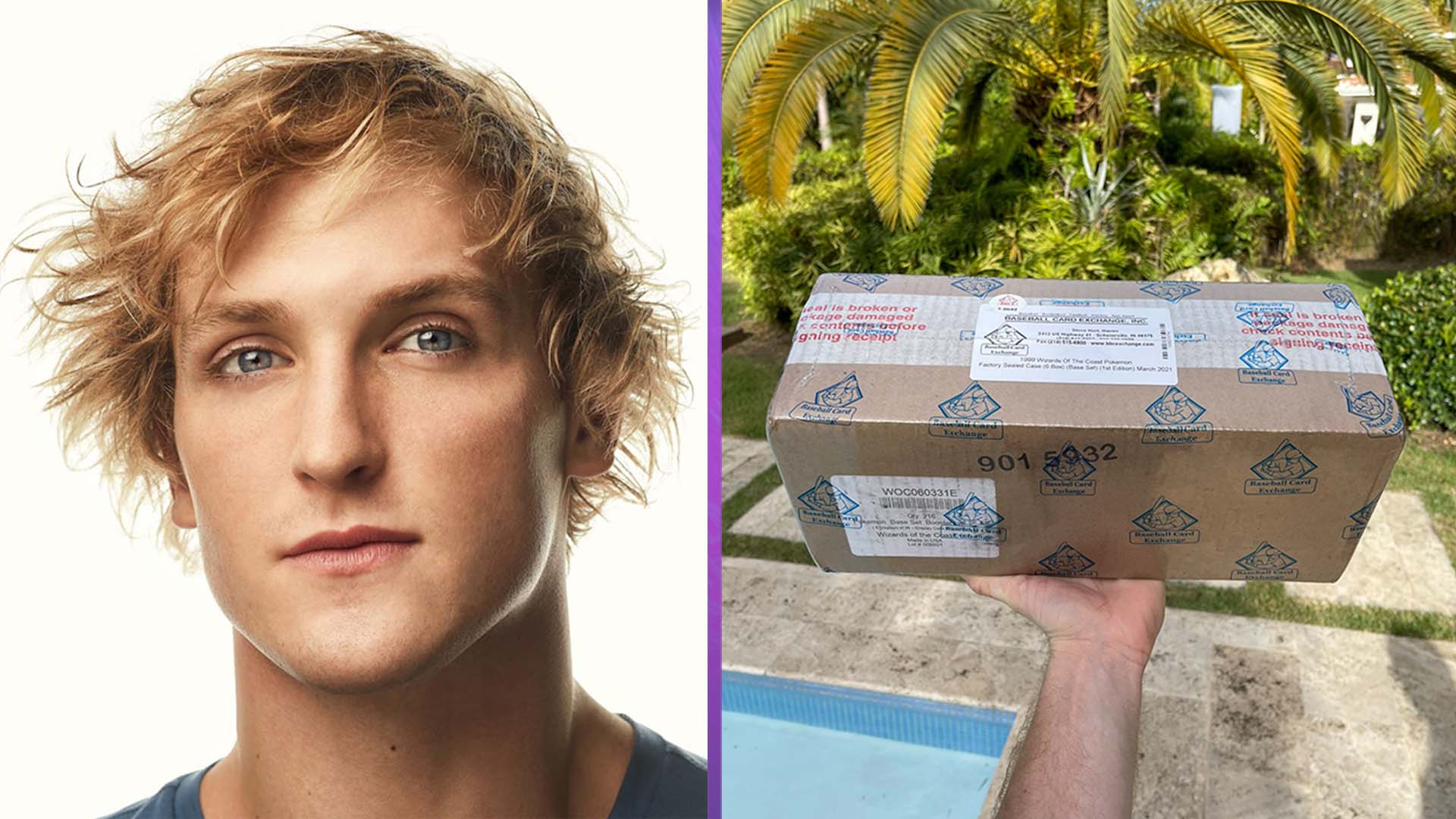 Logan Paul made significant headlines last month when he showed off his incredible collection of 1st Edition Pokémon Cards. However, new evidence has uncovered that the collection may actually be fake.

In case you missed it, Logan Paul teased shortly before Christmas that he had spent $3.5 million on a sealed box of 1st Edition Pokémon cards. The package appeared to include six sealed boxes of the first edition cards, an incredibly rare find.

However, the Pokémon community is sceptical about the collection’s authenticity. A post on the fan site PokeBeach dumps a bunch of evidence that seems to debunk Logan Paul’s pricey collection.

First doubts are cast all the way back to when the box was originally listed on eBay. Back in April 2021, the box was sold in an auction for $72,500. PokeBeach points out that professional Pokémon collectors would have bid way higher for a box of that calibre. First edition base sets often sell for upwards of $430,000. With six boxes included, that would value the box at more than $2.6 million.

In addition, there are also indications that the set might not be genuine on the box itself. Apparently, first edition sets of Pokémon cards are seen with the ‘WOC06033’ product code. However, the product code on Paul’s box has a ‘1E’ on the end of it, which should theoretically stand for ‘First Edition’. However, PokeBeach claims that there are no known examples of first edition sets that include ‘1E’ in the product code. It seems that the label on Paul’s box has been faked.

There are even more doubts cast upon the authenticity of Paul’s Pokémon collection, including the reputation of the authentication companies the influencer has used. All of the evidence can be viewed in a YouTube video from Rattle which explains the whole case.

Paul has yet to make any official statement regarding the claims against his authenticity. Do you think Logan Paul’s Pokémon collection is real or fake? Let us know across our social channels.