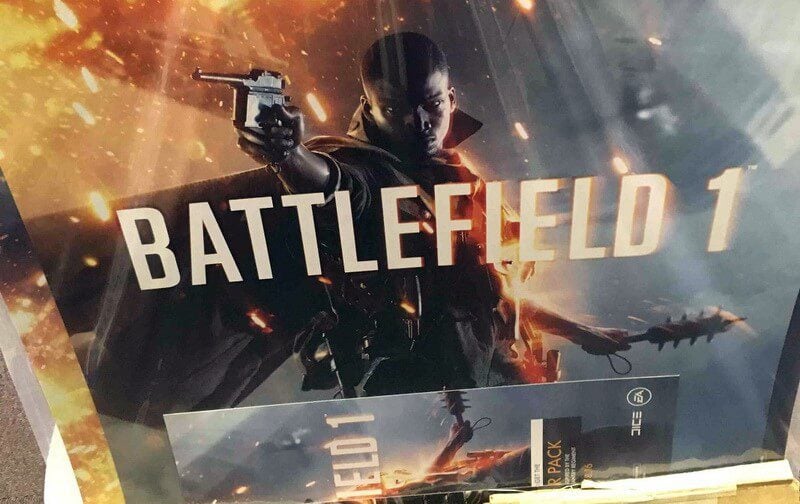 Leaks are becoming evermore prominent in the gaming industry as of lately, with The Last of Us 2 apparently being leaked earlier this week, and the rumored Battlefield 1944 being leaked on Reddit.

Now, you’d think, considering the fact that Battlefield was used as an example only a sentence ago, that you wouldn’t be hearing of it again in this article; you’d also be wrong.

Thanks to Microsoft’s Xbox Live, we now have official, legitimate confirmation that the next Battlefield will indeed be set in World War I. The leak, somewhat ironically, appeared as an advertisement for the upcoming live reveal on the Xbox Live dashboard.

More in this case comes in the form of a retail leak, found on imgur.

The images tell us some important details about the upcoming release. Firstly, as seen behind the soldier, you can see what seems to be some massive zeppelin; and paying attention to the soldier himself, you can see some WWI era melee weaponry, and a Mauser C96 pistol.

Down near the bottom of the retail leak, you can clearly make out “get the”, and “pack” – confirming, supposedly, some form of a pre-order bonus pack. You can also spot “8.16”, so we’re almost certainly going to see a 2016 release; on the 8th of what month though? My money’s on October since that’s when Battlefield games release traditionally.

We’ll know more come the official announcement, so check back then and we’ll have a tonne more to share later today.