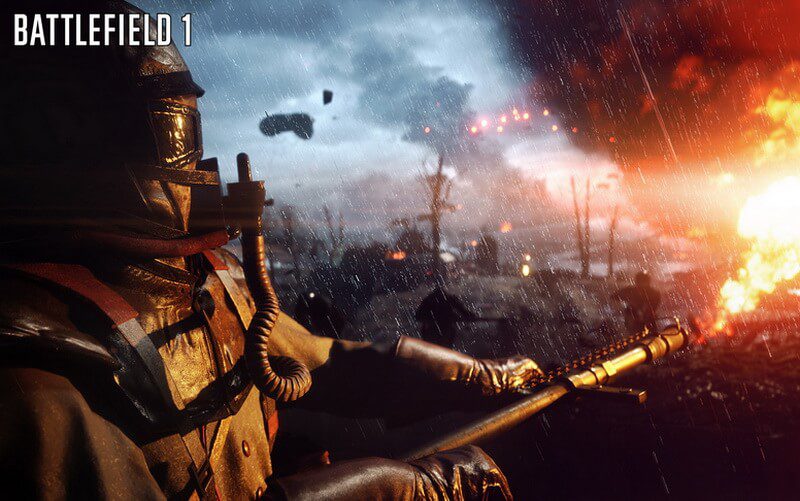 After months of rumors and speculation hinting at a world war setting for the next Battlefield title, DICE has officially revealed the game to be Battlefield 1 which will be set during World War 1 era.

The company has shown the first official trailer for the game during a Battlefield livestream it’s currently running on Youtube and Twitch. The trailer focuses on a global war and it seems like the players will be taken across the world.

Battles would be fought in the Western Front, Jungles of Britain as well as Western Arabia. The trailer shows a lot of melee weapons, characters riding horses, flamethrower tanks and biplanes.

Here is the official statement from DICE –

Be a part of the greatest battles ever known to man. From the heavily defended Alps to the scorching deserts of Arabia, war is raging on an epic scale on land, air and sea as you witness the birth of modern warfare.

Here are some of the new features it’ll feature –

Earth-shattering Intuitive Destruction – With intuitive destruction no battle is ever the same. Destroy vehicles big and small, and demolish entire buildings. From tiny wooden houses to massive stone forts, even the grounds on which you’re fighting can be blasted apart.

War Stories from the Far Edges of the World – Discover a world at war through an adventure-filled campaign that captures the variety of a global conflict through the eyes of several different characters all united by this first modern war.

There’s also battleships, artillery and encounters in trenches on display. The soldier which featured in the teaser released yesterday also makes an appearance in the trailer and we finally know what he was looking at. It turns out it was a massive zeppelin that was approaching him.

Battlefield 1 releases for Xbox One, PS4 and PC on October 21st, 2016. We’ll share more details as they get revealed.