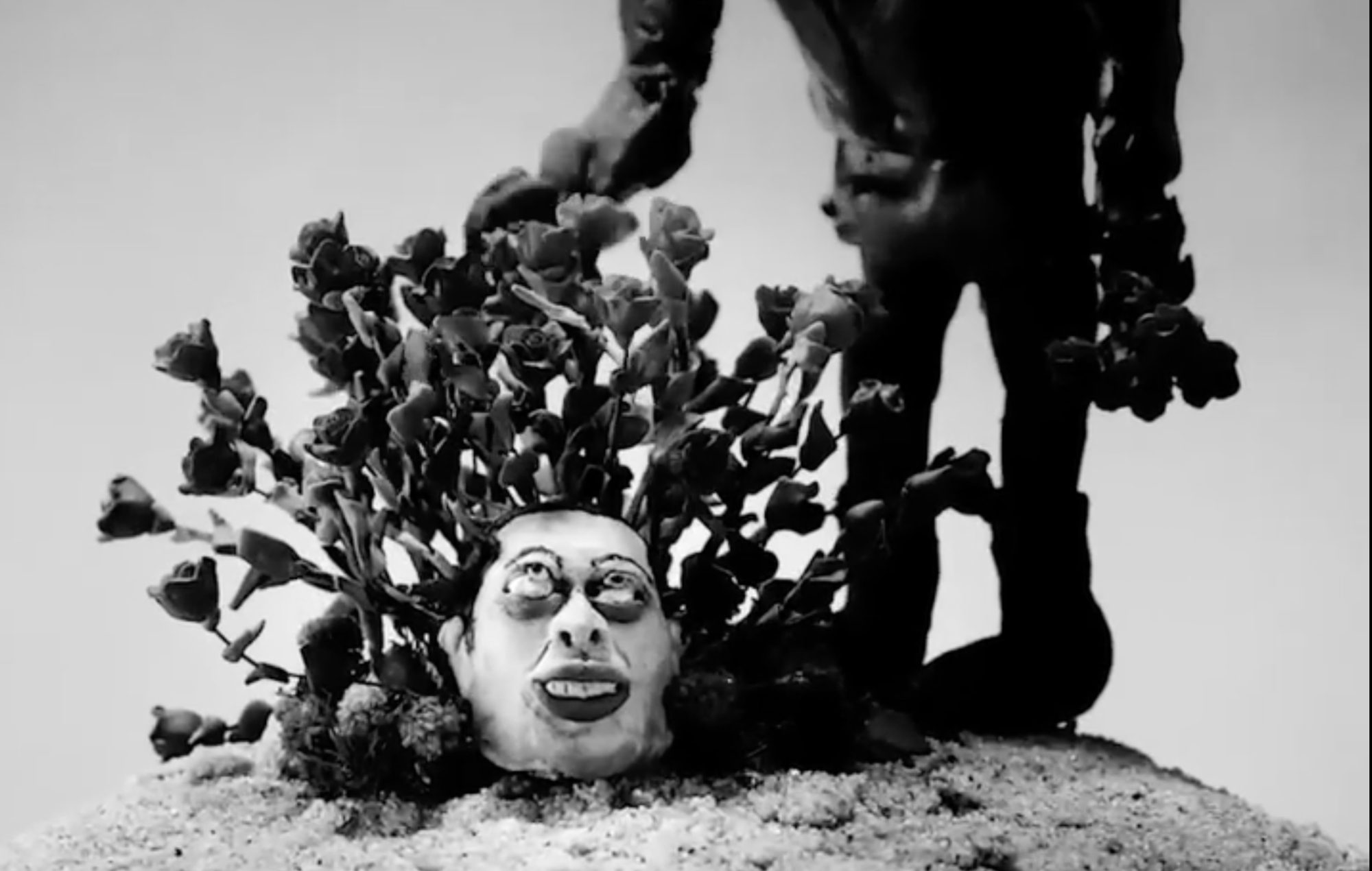 Kanye West’s public meltdown continues as he releases a new music video for “Eazy” in which he buries Pete Davidson in the ground.

The song, which features The Game, was released as a single a few weeks ago. On the track, West raps “God saved me from that crash, just so I could beat Pete Davidson’s a**“.

Pete Davidson has apparently been in a relationship with Kim Kardashian, Kanye West’s ex. The pair were divorced recently, and Kanye has been publicly blasting Davidson for a while. It’s now at the point where he’s burying a clay version of Davidson in the ground.

In the video, a claymation-style West buries Davidson in the ground, and plants a bed of roses around him. At the end of the video, a message says “EVERYONE LIVED HAPPILY EVER AFTER, EXCEPT SKETE YOU KNOW WHO/JK HE’S FINE.

Despite releasing it as a single, West hasn’t put Eazy on his new album, Donda 2. The album, a follow-up to last year’s Donda, is only available on West’s stem player, which costs around $200.

However, listeners have criticised the album for being rushed and clearly unfinished at the time of release. In typical Kanye fashion, it’ll probably be cleaned up and released on streaming services at some point in the future.

Last year, Kim Kardashian filed for divorce from West. They were married in 2014. This week, a judge granted her request to be declared legally single.

What do you think about the new music video? Let us know on social media.