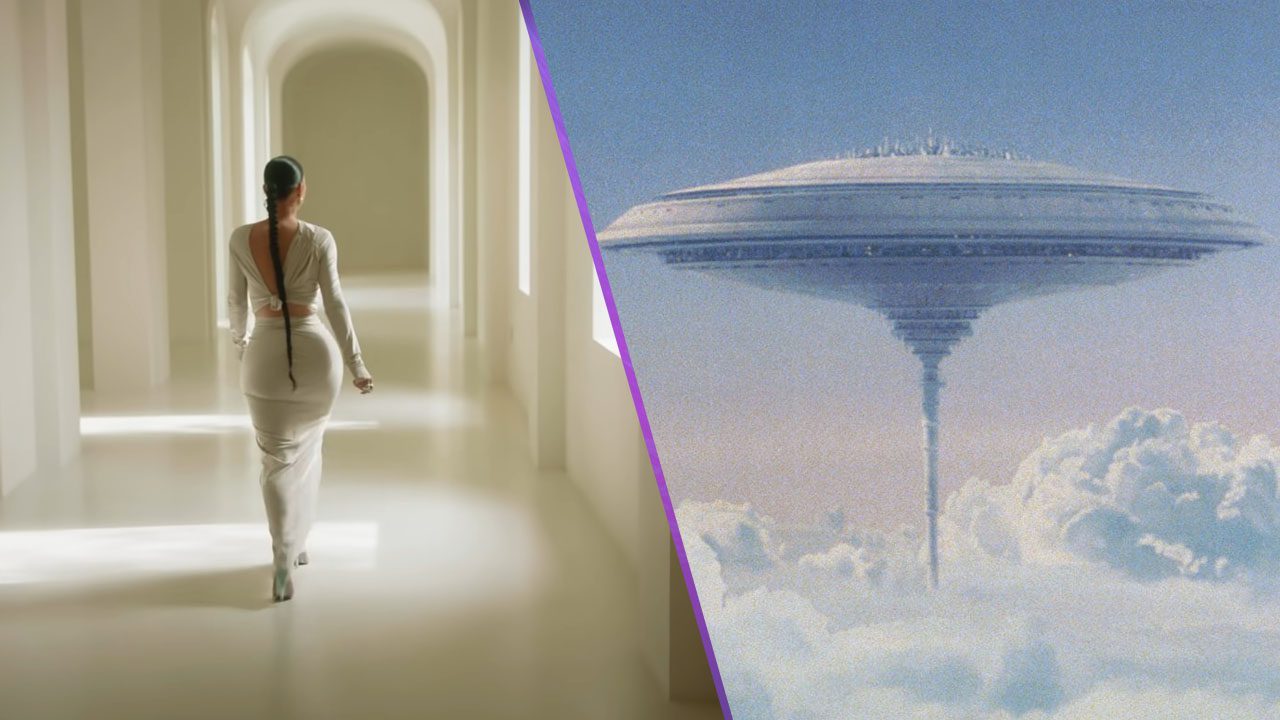 Last week, Kim Kardashian did a short tour of her own home for Vogue, and I’m sorry, but it looks so much like Empire Strikes Back’s Cloud City and I can’t contain myself.

On Friday last week, Vogue’s YouTube channel uploaded a video titled ‘Inside Kim Kardashian’s Home Filled With Wonderful Objects’, in which the 41-year-old billionaire took us around her house showing off some of her most prized possessions.

It’s exactly how you’d expect a rich person’s house to look; dull, devoid of personality, completely soulless. I don’t see a home at all, I see the constant reminder of our everlasting class divide that separates us as we hurdle towards eternal oblivion.

But what I find really funny about it is it looks exactly like Cloud City from Star Wars: The Empire Strikes Back. Just look at these two shots and tell me they couldn’t be from the same place. The one on the right is from Star Wars, in case you couldn’t tell.

In Star Wars lore, Cloud City was the gas mining colony located on the planet Bespin. Han Solo and his crew sought refuge after being pursued by the Galactic Empire, but it later turned out to be a trap.

The actual sets of that film were great and served as a gorgeous setting for the second half. So maybe Kardashian just wants to recreate that movie magic. We do know she’s a fan after all.