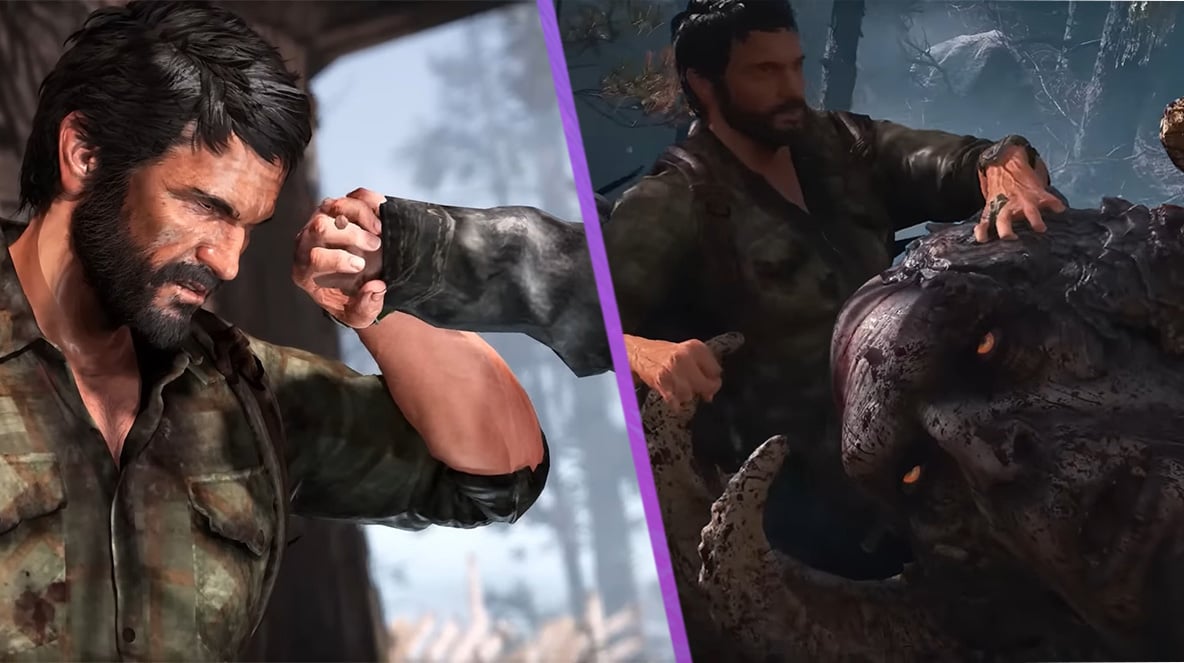 Joel and Ellie, Kratos and Atreus – can you name any duos more iconic than this? How about merging them together? One of the more surprising targets of modders in recent years, a new fan made creation for God of War swaps out father and son for girl and father figure, as Joel and Ellie brave the frozen wilds of Midgard.

The crossover was a painstaking creation by Youtuber, Speclizer, using a highly impressive modding framework created by OmegaFantasy, which allowed for the smoother importing of character models. The technical ability behind the video is immense, as it’s clear that Speclizer has gone to the trouble of creating recreations of The Last of Us 1 models to allow them to function seamlessly with the animation rigs already present in God of War.

Read more about the Last of Us

The crossover isn’t just for a few fun screenshots though, as a significant amount of God of War content has been changed to fit the new protagonists. The intimidating ‘Stranger’ which Kratos duels early in his adventure has been fittingly changed to David from The Last of Us 1. What’s more the standard Draugr enemies have also fittingly being replaced by clickers.

The best part for us at least, was seeing Joel retain Kratos’ Leviathan Axe moveset with the axe being replaced with a lead pipe. This makes Joel feel even more grizzled and unrelenting than even his most extreme moments in The Last of Us 1 and 2.

According to Speclizer themselves, it was done to ‘’celebrate two amazing games coming out this year’’, referencing the much anticipated God of War: Ragnarök and the full remake of The Last Of Us 1 announced a week ago.

Mods of this calibre will always astound and inspire the gaming community, even if the vast majority of us will never even slightly comprehend how they work. Let’s just pretend it’s magic. Norse, zombie magic.

To find out more about Joel and Ellie in God of War, check out the original piece below from Eurogamer.