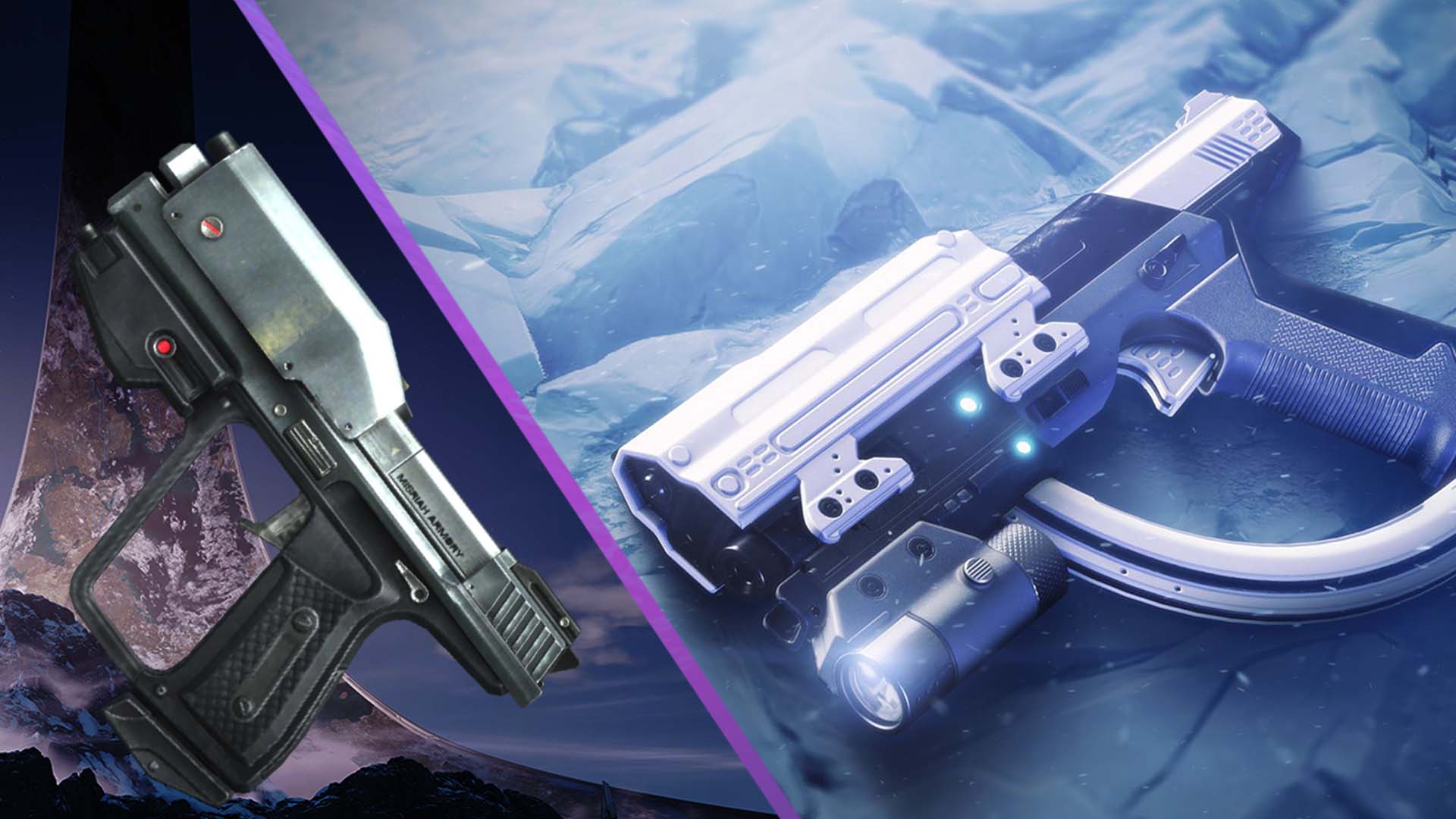 Bungie’s 30th Anniversary is under way, and a new exotic sidearm called Forerunner has been added to Destiny 2.

It’s inspried by the Halo: Combat Evolved Magnum, a weapon that became iconic overtime. It has a similar scope and deals big damage, making it a very unique sidearm that you’ll definitely want to get your hands on.

Here’s what you have to do to unlock it!

How To Start The Quest

Complete one round of the new Dares of Eternity activity and travel to the Treasure Hoard. Open the chest with your new Treasure Key you got from the activity, then speak to Xur.

Xur will give you the Magnum Opus quest, which initially requires you to collect seven Strange Coins. These items can be earned from most activities in Destiny 2, so just play normally until you get them. Once you have seven, return to the Treasure Hoard and speak to Starhorse.

The next step is to complete three Starhorse Bounties. You can only hold one of these at a time, and some are harder than others. I recommend taking the easy ones on the left.

These take one match of Dares of Eternity to complete, and you’ll need to kill enemies with specific weapon types. Don’t worry though, it won’t be difficult as long as you use that weapon for the whole activity.

After you’ve completed all three bounties, reach rank 4 with Xur by playing Dares of Eternity. You will unlock the Strange Key item, which can be used to unlock the next area for the quest.

At the Treasure Hoard, turn around from the spawn and head through the portal. You’ll be taken to the Dares of Eternity zone where you’ll have to find these rocks shown above. They’re on the right from the initial path down to the arena.

After using the Strange Key on the rocks, a new path will open. Head to the left side of the zone and through the hole that has opened up in the rocks. From there, you’ve got some jumping to do until you reach the gun. This part if easy, and at the end you’ll find Forerunner in a special location.

Once you have the gun, head to the tower. Speak to Banshee-44 to get your gun repaired. Now you have the Forerunner exotic sidearm at your disposal.

Forerunner is a very strong weapon, but it does use special ammo so bear that in mind. It also looks extremely cool, especially if you’re a Halo fan.

So that’s that! Make sure you collect the rest of the weapons from Dares of Eternity too.

Let us know your thoughts on the Destiny 2 Forerunner on social media!