Housemarque released a trailer for their next downloadable title for the PS4 and PS Vita, Res0gun. Comparable to their earlier game Super Stardust HD by having “a lot of cool thing, like explosions and space.”

However, studio boss Mikael Haveri introduces the trailer in a faux Mad Men suave attitude surrounded by Dead Nation paraphernalia with a zombie walking around behind him and serving him drinks. He opens by saying “Hello Dead Nation fans. You may be looking for another zombie shooter from Housemarque, but the next one is not going to have zombies in it.”

Though the video is promoting Res0gun, they are really pushing the Dead Nation 2 hints as possibly their project afterwards. Res0gun will be a launch title for the PS4. 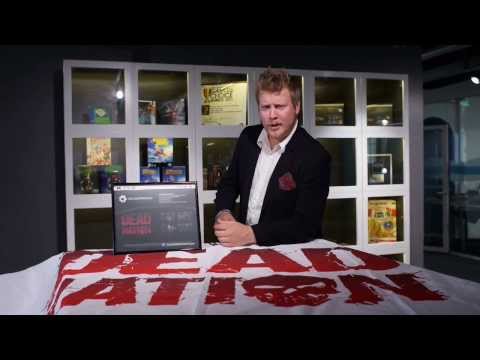