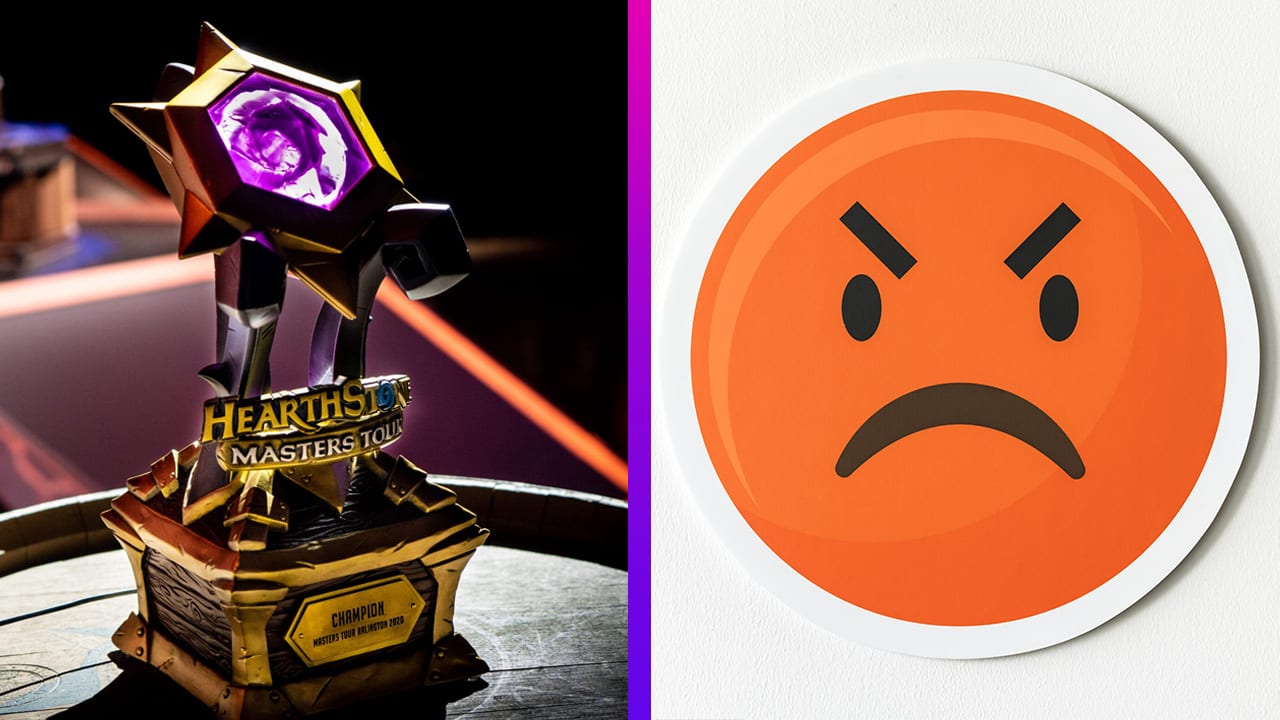 A Hearthstone Grandmaster has rage quit from the final match of the EU Grandmaster tournament.

We’ve all had our moments of video game rage. Moments when you just can’t face the loss and turn off your machine out of spite. It’s one thing to do that at home, but that’s exactly one Hearthstone Grandmaster did during the Grandmaster Europe Finals [via Kotaku].

Zakarya ‘xBlyzes’ Hail was facing off against David ‘Frenetic’ Quiñones in the Heartstone Grandmaster Finals on Sunday. After a hectic match, the two players were neck and neck going into the round that would decide it all.

Unfortunately for xBlyzes, Frenetic drew a far better had – xBlyzes was on the backfoot from the beginning. The round didn’t go well for xBlyze at all. Before Frenetic was able to deal the fatal blow, xBlyzes disconnected from the match entirely, choosing to leave the match rather than face defeat.

“Sry [Sorry] to be mad because I lost the most important match of my life.”

Not the first xBlyzes controversy…

xBlyzes has been the centre of a huge controversy throughout the EU Grandmasters Tournament. He was previously fined for turning up to a match late, as well as accused of win trading with another player.

Win trading is when players agree to lose in return for a monetary reward or a win at a later stage in the tournament. It’s similar to match-fixing and vehemently banned in the Hearthstone tournament rules.

xBlyzes denies the accusations of match-fixing and apologises for turning up late. He said that he was tired and overslept in a midafternoon nap. The full response can be found in a Twitlonger posted in the middle of last month.

We’ve seen players cleave desks in two during fits of rage, but never in a professional environment. What do you make of this professional Hearthstone rage quit? Let us know across our social channels.