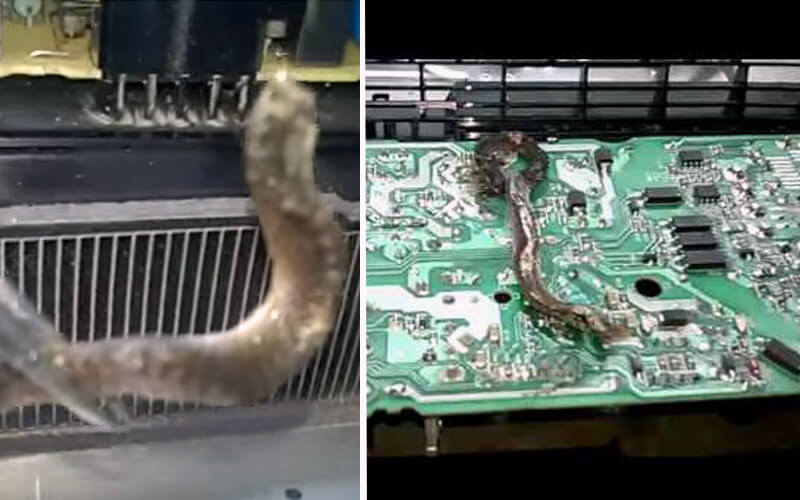 Now, everyone has problems every now and and again when it comes to technology. Maybe you forgot to connect something, had to deal with a dreaded blue screen error, old parts have been wearing out, you have to do a hard reset, or maybe you randomly found a snake in your PlayStation 4.

This was what happened when a Brazilian electrician was left in shock as he opened up a busted PS4. (And no, I don’t mean Solid Snake from Metal Gear Solid)

The electrician had turned the PlayStation 4 on, but moments later the console turned itself off followed by a “strong” smell.

Rodents getting into electronic devices is actually not a new occurrence. Usually in warmer climates where small animals of all kinds are crawling around everywhere these kind of things happen. You’d think to yourself though, “wouldn’t the snake know that there is no food here?” Or maybe this is just the first step in the never ending timeline of evolution and snakes are trying to adapt to technology. Or maybe not.

Either way, hopefully the only Snake found in the next PS4 is the one from Metal Gear Solid. Maybe now that this Brazilian gamer has a fried PS4 he can get his money back and keep it for the new Playstation 4.5 You never know, they might be rodent proof too!

Check out the video below of the snake found inside the PlayStation 4. 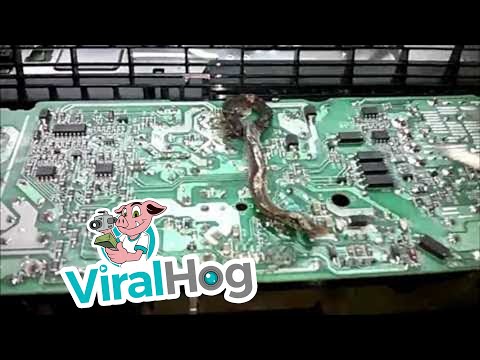