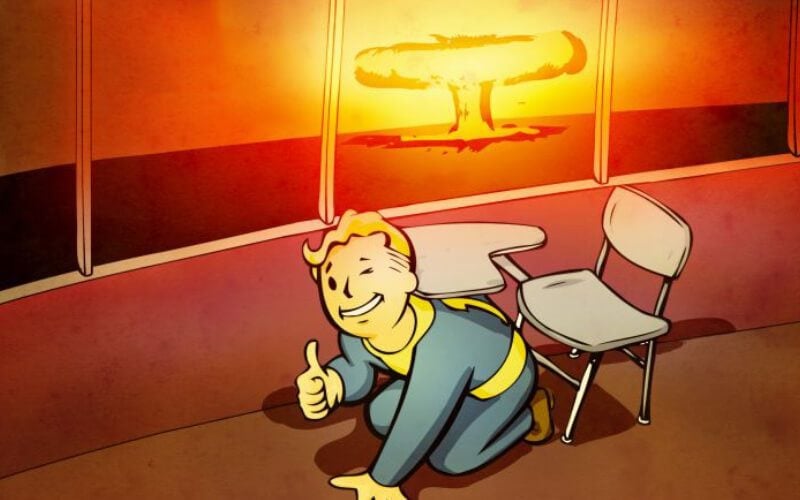 Bethesda’s most recent release, Fallout 76, launched to lack-lustre reviews and a bit of anger in the community. Branded as “buggy” and “insulting,” the game’s really failed to impress, but some people are more p*ssed off than others…

@BethesdaStudios this reusing the same game engine for over 10 plus years now is getting insulting. When i looked back at the Witcher 2 compared to 3 its insane how much it looks and plays different. But i take fallout 76 and compare it to skyrim and we have the same game.

A Facebook user by the name of Tarenthis Campbell posted the following video online [via Comic Book], writing: “This man thinks he get a full refund of fallout 76.The manager deny his request because of return the policy. So he decided to have a temper tantrum.#dontbuyfallout76“

The clip, which shows a man absolutely destroy the cr*p out of the GameStop store after being told he can’t return Fallout 76, quickly went viral, with lots of people siding with the irate customer.

Over on Twitter, a lot of people had thoughts…

I also cannot blame him, but I feel really bad for the clerk.

brian works hard for his paycheck

This game is honestly that bad

Fallout 76 isn’t doing too well in the UK sales charts, where Spyro is currently sitting at number one in physical sales. It’s beating out some of the most highly-anticipated games of the year, including Pokémon Let’s Go Pikachu & Eevee, and – of course – Fallout 76.

I love @Fallout, but its straight up insulting that @bethesda released Fallout 76 in the state that it’s in. So many bugs, quests that can’t be finished due to bugs, shots that straight up don’t register (hip fire especially), and clunky/buggy controls. Feels extremely rushed.

The game’s been highly criticised for its many bugs, glitches, and for being pretty barren and empty for an online multiplayer…

Have you checked out Fallout 76? Have you been enjoying it?