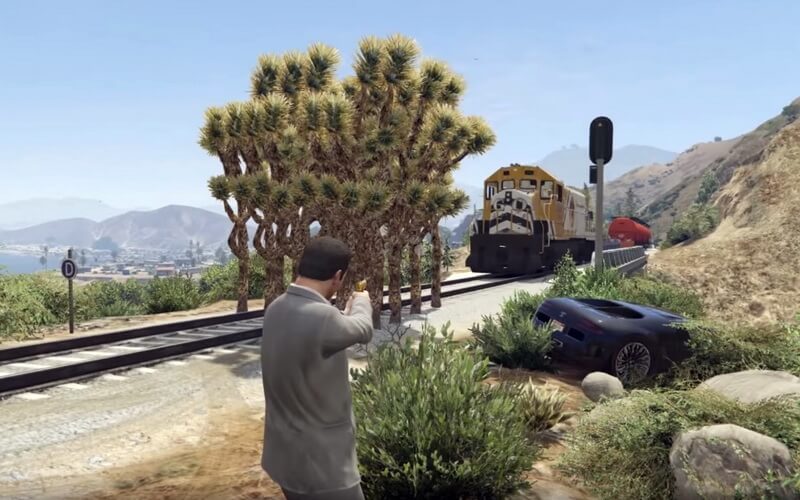 GTA V’s battles are getting crazier by the day. First we had 100 civilians trying to stop a Jumbo Jet, then more than 100 civilians made it their life’s goal to stop the game’s tramway. Both the results were rather interesting to watch.

Then we have had the same civilians trying to stop the train in the game and the results weren’t what we expected. But now, the stakes have been made even higher with two of the game’s most powerful objects going head-to-head.

A youtuber called NoughtPointFourLIVE has pit the game’s trees against the train in hopes of finding out if the trees can stop the all mighty train. This is truly a battle of an unmovable object against an unstoppable force.

So, what exactly happens when two such forces are pit against one another? The results, we must say are rather shocking to say the least.

Much to the dismay of everyone, the train passes right through the tress, meaning that the game glitches out when two of its most potent forces are pitted against each other. At best, we can consider this a compromise that prevents us from finding out a clear winner.

Nonetheless, the video makes for an interesting watch. Take a look below – 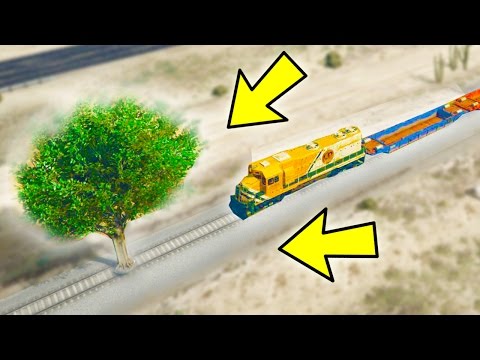