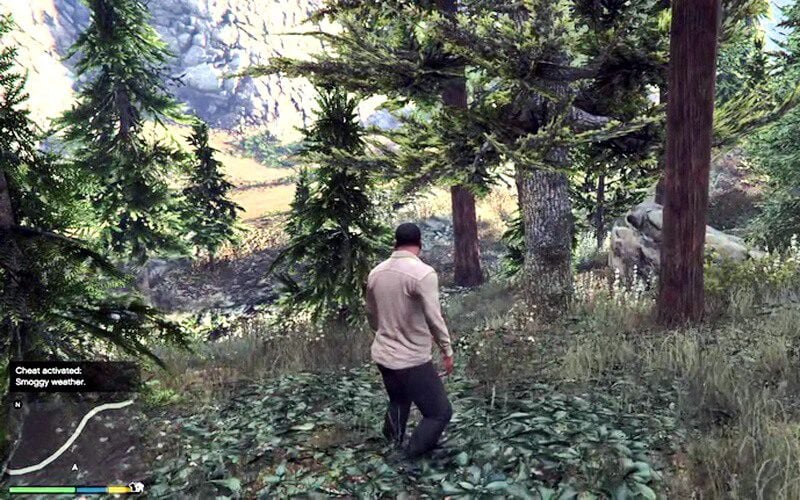 Grand Theft Auto V is home to some of the biggest and most exciting mysteries in gaming, complete with its own group of highly motivated mystery solvers. The most notable of the bunch is probably the Mt. Chiliad Mystery – a conundrum involving cryptic drawings and aliens that still baffles players to this day.

That’s not to diminish, however, the excitement surrounding the Bigfoot Mystery. Recently, the latter of the two experienced a breakthrough, a resolution, even. Someone, somewhere, has (seemingly) solved the Bigfoot Mystery. Stick on your tinfoil hat, because we’re diving straight in.

Phase One – The Golden Peyote

The earlier stages of the Bigfoot Mystery involved a ton of skimming through code within the game, for hints and clues from the developer themselves. Players laboriously searched through thousands of lines of code, ultimately leading up the discovery of the “Golden Peyote plant.”

The plant was found by discovering the exact coordinates of every single peyote plant in the game. You see, not all coordinates were accurate, as in some didn’t lead to anything. Something was definitely up, especially considering that Rockstar themselves left the following within the code: “He was wrong to start his hunt on a Tuesday.”

By visiting one of the coordinate locations whilst on a snowy/misty Tuesday morning, you could find the first of the Golden Peyote plants. Upon eating it, you would essentially become Bigfoot. This was the first major breakthrough in the Bigfoot Mystery, as far as I know.

Phase Two – The Other Golden Peyotes

Back to that earlier message – “He was wrong to start his hunt on a Tuesday.”  Generally, mystery solvers deducted that there must have been more to the Bigfoot Mystery than they had initially thought. This came from the notion that if someone was wrong to start their hunt on a Tuesday, then there must have been more to the whole thing, outside the constraints of those early Tuesday hours.

Roll on r/chiliadmystery. Essentially, they remembered that the code didn’t just reference one Golden Peyote plant, but seven. And hence the general consensus was formed that if there were seven different plants, then they must each have had their own day of the week.

Events transpired, but ultimately the following was concluded: there were seven Golden Peyote plants, each for a different day of the week. Each plant would need to be eaten between the hours of 5:30 to 8:00 AM, as it was with the original plant – whilst also in the same weather conditions (snowy/misty). The map below probably makes a lot more sense than I do just now, doesn’t it?

Of course, cheats were needed to have snowy or misty weather for seven days in a row, at the correct times, in the correct locations. Once that was achieved, and the plants were eaten, players were rewarded, finally.

With a whole bunch of nothing.

Rockstar apparently keep an eye on the mystery solving subreddit, because in the next update after the seven plants had been correctly eaten, a new clue could be found in the code. In the old place of “He was wrong to start his hunt on a Tuesday”  clue was “His quarry seemed familiar.” This confirmed that Rockstar was indeed communicating with the players via GTA V’s source code. How hacker of them.

The message made little in the way of sense, until Reddit users deducted that actually, “quarry” had an ulterior meaning; it wasn’t referring to a literal quarry, it was referring to an “an animal pursued by a hunter, hound, predatory mammal, or bird of prey.”

The animal in question was discovered shortly after. The beast was a direct reference to the movie Teen Wolf with Michael J.Fox. Hunting the beast was a time consuming and challenging affair, and the first to succeed in doing so was Reddit user Sir_Galehaut. He recorded it too, thankfully. Check out the video below, from his YouTube channel. 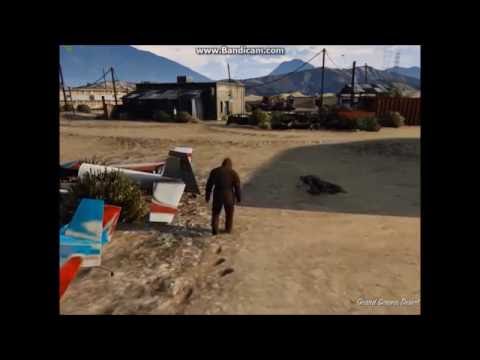 Once he successfully killed the beast, the game allowed him to unlock the character (Teen Wolf) as a playable one in the game’s director mode, which allows users to create their own GTA V movies. Quite a cool reward for successfully hunting the beast after hours of coordinated efforts. 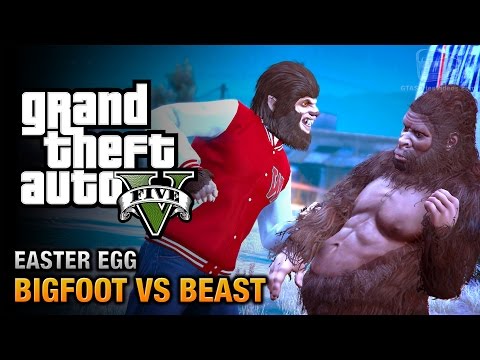 And that’s all the latest on the Bigfoot Mystery. I’m not too sure where things go from here – the mystery may not even be over. I guess time will tell – and if there’s anything these dedicated Bigfoot hunters have, it’s time.