Sony has released gameplay footage for Bloodborne that was shown off at this year’s Gamescom event. The footage displays different enemies, weapons, Regain system and more!

From the developers of Dark Souls, From Software brings you Bloodborne a game that takes place in the ancient past. A city known as Yharnam hosts advanced medical practices. This city has become widely popular leading the ill to flock the city for help.

A disease has since broke out causing the population to turn into violently deranged beings. Players will have to navigate through the city and take down the threats that now roams the area.

In the video, we see several enemies and weapons players will get acquainted with. Furthermore, the Regain system has been shown off which rewards players who successfully counter attacks.

Bloodborne is coming out exclusively to the PlayStation 4 sometime in 2015. 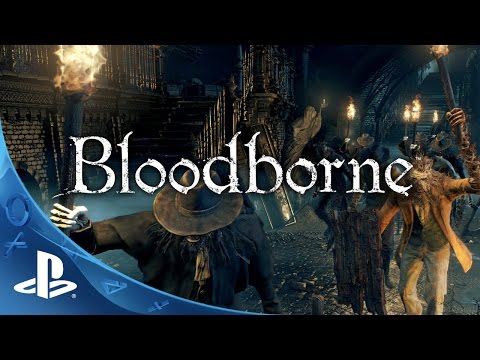