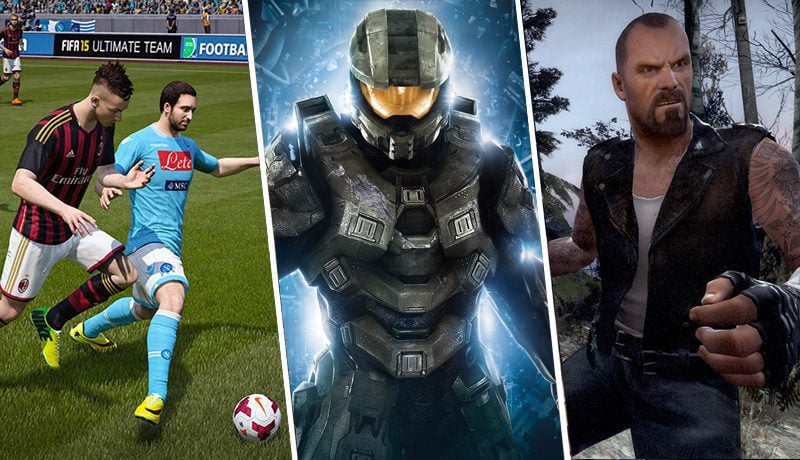 There’s something mildly entertaining and satisfying about beating your friend, brother or unsuspecting older family member at a game. You get bragging rights to no end, a couple of years down the line and you can still remind the poor soul about that time you thrashed them.

Here’s a list, in no particular order, of the best games to play with or against a partner.

Starting off the list, Army of two is made to be played with friends, but this game didn’t just make the list because of that. It’s legitimately fun to play and the bonus of having a friend to play it with – you get rid of that annoying AI who never revives you and runs into open fire like he has a deathwish.

You can mow down enemies together and pull a sick riff with your buddy, or you can punish them for stealing your kills and give them a quick slap upside the head. Oh and did I mention the vast customization of helmets and weapons? Get ready for a ‘my gun is bigger than yours’ battle.

Ah FIFA, so many friendships have been ruined over you. Widely used in the UK to solve petty debates, FIFA boasts fun and dynamic gameplay, couple that with the fact it’s widely multiplayer, it’s pretty much made for this list.

Whether you’re a football (or soccer, I don’t judge) fan or not, nothing passes the time quite like a few games of FIFA. Just remember, it’s all fun and games until someone scores a 90 minute tap in.

Whether you’re fighting alongside a friend in the campaign, or a foe in multiplayer, Halo games consistently make great multiplayer. Call upon a trustworthy friend and take to the online multiplayer and claim that sniper you could never get  to alone.

Alternatively, use the extra gun to cut through the campaign on legendary mode to snatch those valuable achievements.

Okay so there’s plenty of mixed thoughts about Destiny, we get that, but there’s no denying how much more fun it is with friends. Sure, the missions are repetitive and it’s only the millionth time you have decommissioned Sepkis Prime, Peter Dinklage’s voice is putting you to sleep (hurrah for the update) and the crucible is pretty much you getting killed by people with better weapons than you, but that all seems worth it after you bag the last word and you have someone to brag to.

A timeless classic, Mario Kart is probably one of the first games that comes to mind when you think of local multiplayer. It’s fun, it’s simple, it’s childish and colourful, there’s nothing else you need in a game.

Although, If you’re planning on having that friend stick around, give rainbow road a miss. And the blue shells, stay waaaay away from them.

Before you-know-what happened, Resident Evil was actually good. Bearable graphics, likeable characters, an army of infected charging towards you, you know the deal. RE 5, like Army of Two was made to be played by two, me and my brother put countless hours into this game conquering the campaign on different difficulties, finding all the emblems and treasure or simply going through it all for that epic fight with Wesker (yes the first one, the others sucked).

It’s also worth mentioning mercenaries, where you and a partner are pit against an unending horde of enemies and the objective is clear, survive.

L4D is a fun, four player zombie shooter, that pretty much says it all. When set on an easier difficulty, you’ll cut through zombies like a hot knife through butter.

On the hardest, you best hide in that saferoom because that’s not shaky cam effects, its a tank. However you prefer to play it, it’s always better with friends.

Borderlands is crazy. Literally. Countless amounts of guns, enemies, quests and you guessed it, it’s co-op. If you aren’t shooting, you’re either reloading, talking or re-spawning.

Whether you’re pulling millions from a bank heist or simply messing around with a few pals, GTA Online boasts a huge map, over a hundred vehicles, an arsenal of weapons and a bucketload of game modes for you to dominate your friends on.

Despite the varying load length, the time spent in the clouds or black-screening and the odd game glitch, GTA Online is a reliable source of pure entertainment.

That was a list of some of our favorite games to play with a friend, if you think we’ve missed one that deserves to be on this list let us know, we’d love to know what game you just can’t play alone.