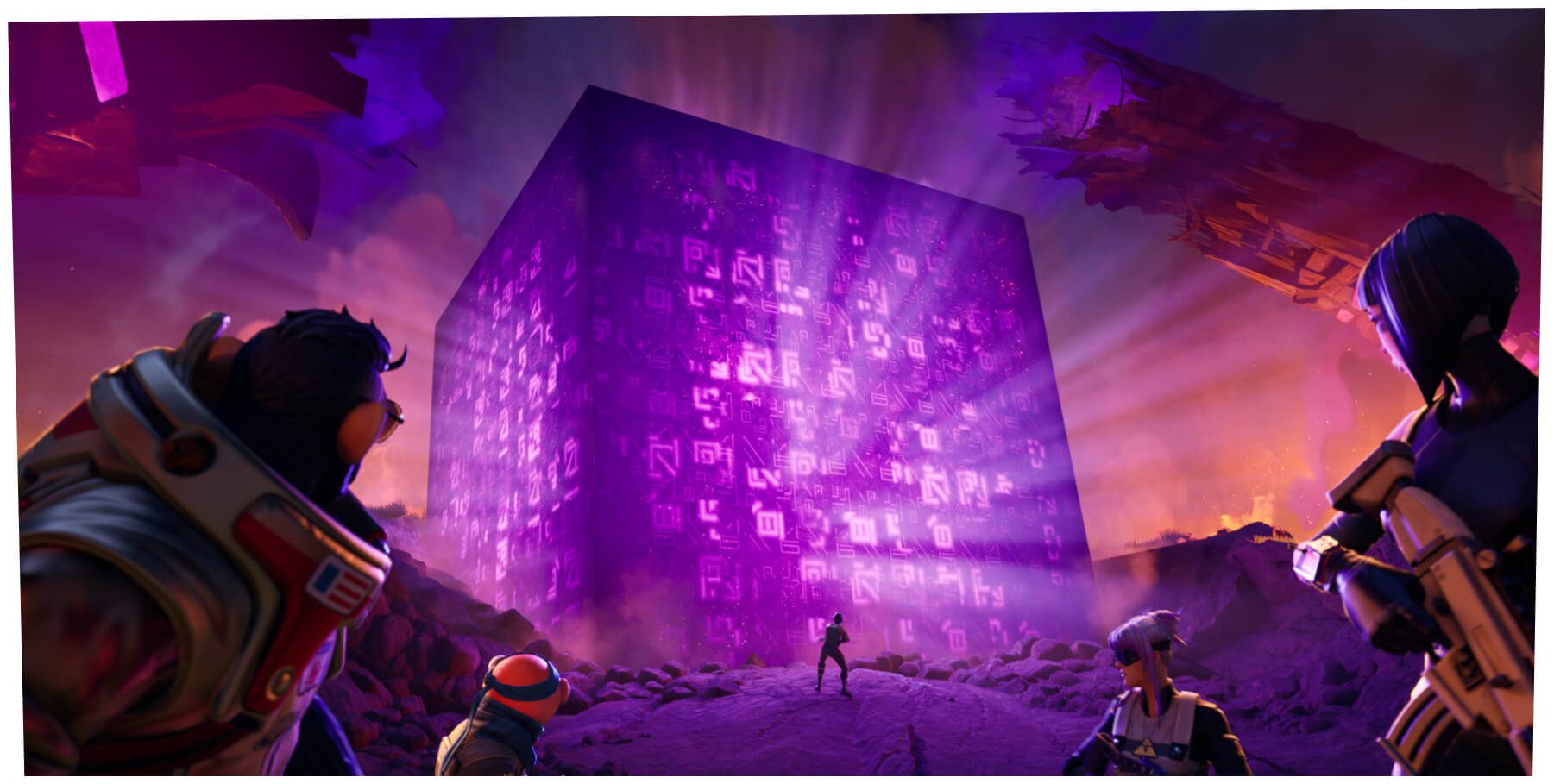 Fortnite Season 8 kicks off the latest stage of the Fortnite saga, and it brings Kevin The Cube, Carnage and a brand new battle pass.

Fortnite has been in the midst of its alien invasion. A new event over the weekend saw players able to enter the spaceship that’s been hovering above the island all season. It was an explosive spectacle, but it also saw a surprising character make their grand debut. If you even want to call them a character.

Kevin The Cube, who was introduced back in 2018, was found inside the mothership. After players worked together to destroy the ship, similar cubes fell down to the island. Epic then showed its continued commitment to expand narratives within Fortnite. A new trailer showcased the chaos in store for the latest season which will be aptly titled, “Cubed”.

Kevin The Cube and his comrades were the power source of the mothership. However, with the ship destroyed in Season 8 “they’ve begun spreading corruption, as well as portals to the dark, monster-filled ‘sideways'”. Cubed will introduce new weapons, which can be charged up and upgraded with monster parts.

The new battle pass which joins Fortnite Season Cubed, comes with a selection of varied skins. Among them is Marvel character, Carnage. Carnage is the fully evil counterpart to Venom, and will star in the upcoming Venom: Let There Be Carnage. Joining Caranage is the colour-customisable Toona Fish, and a very colourful Unicorn.

Players can explore the cube-filled island from today. The Fortnite Season 8 battle pass is available to buy for 950 V-Bucks.

Will you be checking in on Kevin The Cube? Let us know over on our social channels!