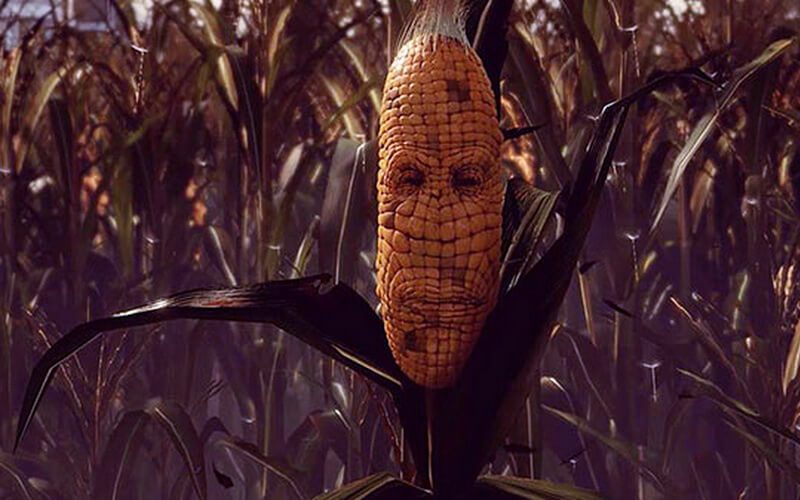 Forgot about Children of the Corn, it’s not the children you’ve got to worry about anymore…

Ever wondered what would happen if a couple of scientists misunderstood orders from the US Government and ended up creating sentient corn? Wonder no longer…

Maize is a PC game available on Steam which was released on December 1st. So far, it has very favorable reviews, even though there’s less than 100 of them at the time of writing this.

This indie adventure game is fairly linear, it’s more about the journey than solving any mind-bending puzzles or anything like that. It’s… an experience, to say the least.

You’ll be exploring an abandoned farm, well… almost abandoned… and an underground research facility. The fact that this game revolves around sentient corn is actually one of the least absurd parts about it. While it’s been well-received overall by players, critics aren’t so hot to it, with a Metacritic score of 67% which tells us that players should check it out, but if you’re a critic you might not enjoy it as much. You’ll uncover the secrets of this corny world while trying to figure out what the corn really wants from you. If you haven’t clued in yet, this is a weird game, but it’s worth the play on a lazy Sunday.

Here’s what some of the reviewers on Steam had to say about Maize:

“I don’t even… I can’t… I have no words to describe this drug trip of a game.”

“I got insulted by corn with british accents. I created a talking russian teddy bear. I made the teddy bear drive a tractor. I defeated the US goverment with bad 80’s music and equally bad dancing……..10/10 play this game”

“Very fun and funny game, story at time can be a little corny though.” (Shame on you.)

Forgot about needing scarecrows, this corn can handle his own business: