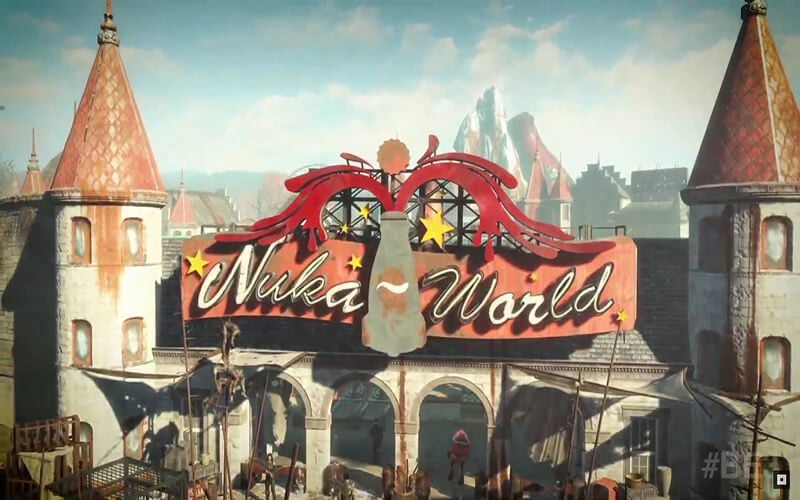 Fallout 4 just had three new DLC packs announced for it at Bethesda’s E3 showcase. Let’s dive right into the details.

First up is a wasteland workshop DLC named Contraptions. Included things will range from:

The really cool thing about this DLC is that it’s coming next week! Bethesda does love their surprises.

Next up is another workshop DLC, but this one is much, much beefier. With the title Vault-Tec, one can only assume the possibilities this will open. This DLC allows you to build your own vaults and manage them, in what looks like a Fallout Shelter-esque way.

It looks very in-depth, even allowing you to experiment on your dwellers. It’s unclear where you’ll be able top plop these vaults down, but we trust Bethesda will give us many options.

The Vault-Tec DLC will be coming sometime next month in July.

Nuka World is the big one of batch two. Not much was shown of it, but it appears to be as predicted, an amusement park. This is extra exciting because Bethesda has quite the sense of humor, so I can only imagine the kind of laughs we’ll encounter in this environment.

Nuka World will be coming in August. We can’t wait.

Finally, Bethesda has announced they’ve been dipping their toes in the world of VR. They’ve announced DOOM and Fallout 4 to be available for VR on the HTC Vive in 2017. This is probably the most exciting news of E3 so far.