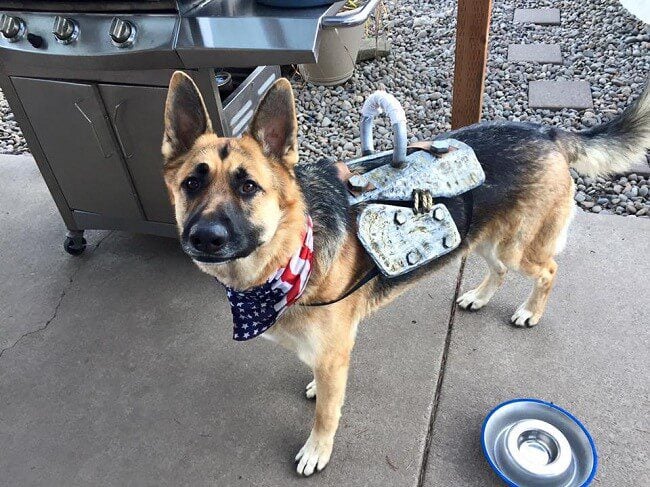 Dogmeat is already becoming a star thanks to Fallout 4. Your trusty canine companion in the game has quickly become a fan favorite and now people are beginning to take their fondness for the character outside of the game.

A imgur user going by the name WexyLex  has created an adorable cosplay for his dog Sarge, equipping him with some light armour, to make sure he is well protected in case similar circumstances arise in the real world.

Sarge’s still getting accustomed to portraying a popular canine character from the videogame but looks well on his way to being a pro at it, and make no mistake, it’s only a matter of time before we see this duo being a regular at cosplay conventions.

Till then, we’ll just leave these rather adorable images below and who knows maybe you’ll be inspired to come up with your own version of Dogmeat (along with your real life canine companion).

He’s Got A Nice Armor…

Ready to embark on an adventure of his own…

Impressed? We certainly are.