Codsworth looks sexier than before now.

The expansion has a new feature which allows the players to mix and match robotic parts onto different AI companions present in the commonwealth. The new DLC also pits the player against The Mechanist, a brand new boss.

Have a look at the video below which shows Codworth’s new legs. Thanks safeline123: 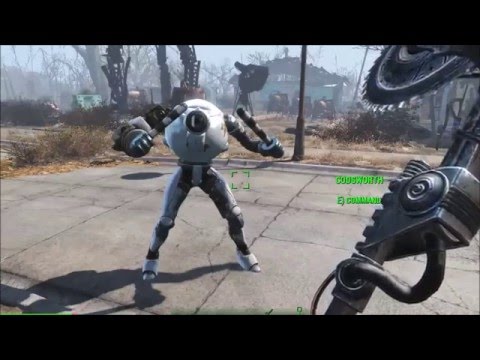 The new DLC also focuses a lot on introducing ADA, a robot built combining Assaultron and Protectron parts. The new robot informs the player about the newest threat of the Commonwealth upon encountering her. Her message is – ‘robots built The Mechanist, which are attacking everyone in the Commonwealth indiscriminately’.

Bethesda has done exceptionally well with Automatron, as it will keep the players busy for at least a couple of months. The new DLC has awesome robotics, animal training, survival, and new landscapes.