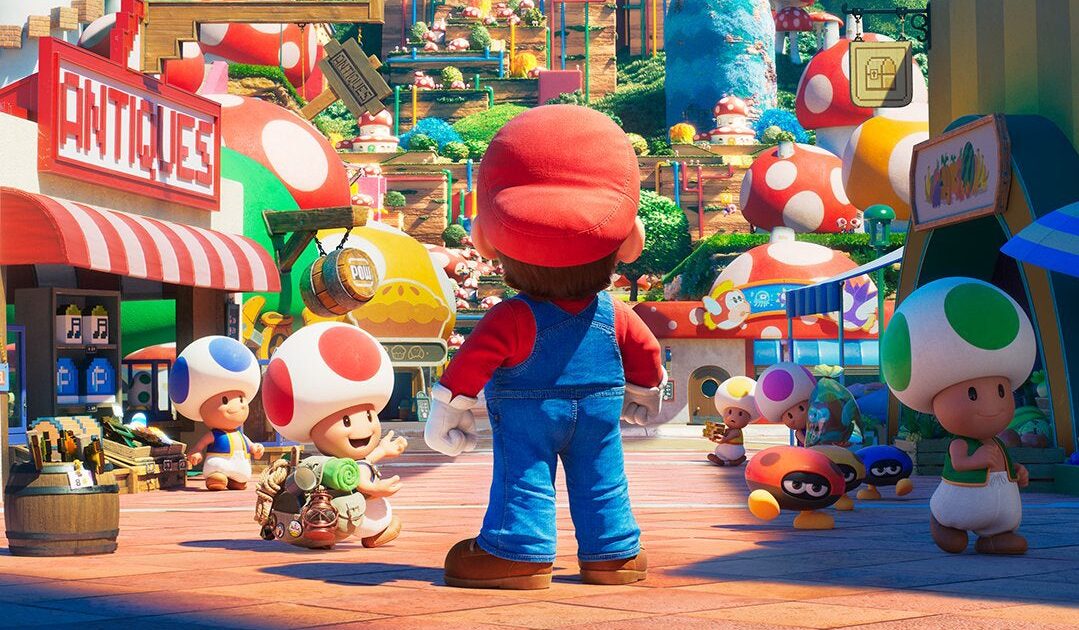 UPDATE 07/10: Nintendo has now released the trailer for the upcoming Super Mario Bros Movie. It shows off a few characters, such as Mario, Bowser, and Toad. You can even hear what Chris Pratt’s version of the character sounds like.

You can watch the trailer below in all its glory.

ORIGINAL: Nintendo has announced an impromptu movie presentation which will premiere the first trailer for the upcoming Super Mario Bros movie.

On Thursday, October 6, a Nintendo Direct presentation will take place via a livestream. The Direct will showcase The Super Mario Bros movie trailer and begin at 13:05 Pacific time / 16:05 Eastern time / 21:05 UK time.

However, at the time of writing, is not known whether the Direct presentation will reveal anything other than the movie’s trailer.

However, we can speculate that some loose plot points will come to light. Hopefully, we will also get a chance to hear Anya Taylor-Joy or Chris Pratt in their voice actor roles. The pair will voice Peach and Mario.

The Super Mario Bros Movie Poster has been revealed

Ahead of the showcase, Nintendo has also put out a stellar Super Mario Bros film poster.

The poster itself pictures a bustling version of the Mushroom Kingdom, populated of course with multi-coloured Toads. Front and centre, the protagonist plumber of the upcoming animated film can also be seen.

Elsewhere on the poster, fans should be able to spot a Cheep Cheep sign, Peach’s Castle and a Yoshi egg.

There is so much more jam-packed onto this poster. It’s a cornucopia of Mario iconography.

What can we not expect from the Nintendo Direct?

Right now, we don’t 100% know what to expect from the Super Mario Bros film. But, ahead of the Nintendo Direct, we do know that no game information will be revealed.

In the Direct announcement tweet, Nintendo UK simply wrote, “Tune in at 21:05 (UK time) on 06/10 for a Nintendo Direct: The Super Mario Bros. Movie presentation including the world premiere trailer for the upcoming film (no game information will be featured).”

When will The Super Mario Bros movie be released?

The Super Mario Bros film was first announced in 2018. It was then slated to release in December 2022. However, due to delays, the movie will now hit cinemas in April 2023.

The announced cast list includes Chris Pratt as Mario and Charlie Day as brother Luigi, as well as Anya Taylor-Joy as Peach. Keegan-Michael Key will also voice Toad while Jack Black and Seth Rogen will voice Bowser and Donkey Kong.