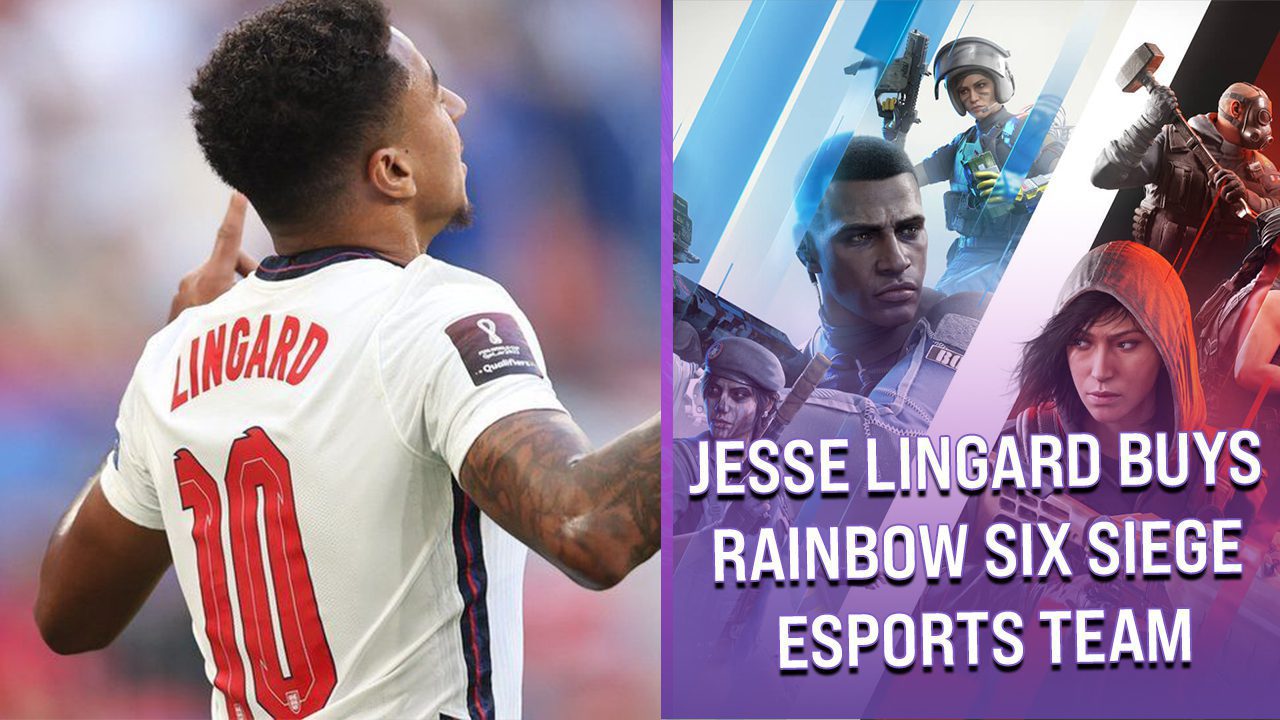 Jesse Lingard, the English footballer, has bought a Rainbow Six esports team in a bid to expand into the growing competitive market.

After fighting through the trials and tribulations of football, Lingard is ready to step into the digital world. The Manchester United midfielder claimed that he had been keeping up with esports for a while when speaking with the BBC. He recently acquired the Rainbow Six Siege team, Audacity Esports and rebranded it as JLINGZ.

The football star says now is the “perfect time” to get involved in esports, and that it will “only grow” from here. And with its estimated value of £684 million worldwide, he might just be right.

IS LINGARD A TACHANKA MAIN?

Lingard isn’t the first football star to get involved with esports. Dele Alli from the Tottenham Hotspurs, joined esports organisation Excel to aid psychological development. The Wolves also collaborated with Evil Genuises in hopes to expand into the world of esports. Even the world of F1 has been embracing esports. McClaren’s Lando Norris has become deeply involved with the competitive gaming of F1 as well as the actual driving itself.

Lingard admitted that he has been more accustomed to games like FIFA and Call of Duty. I wonder what operator he’ll pick once he becomes more familiar with the game. My money’s on Tachanka. Outside of playing however, Lingard is hoping he can bring his experience on the football field and use it to help JLINGZ.

“Rainbow Six Siege is very tactical, but I think it’s very similar to football in a way. You’ve got to stick together as a team and work hard to get results.“

At this point, JLINGZ is playing in the Second Division, but it has its sights set on the Premiership. And Lingard claims he has “full confidence” that the team can achieve that.

Esports is clearly on the rise in popularity. But despite this, it still remains a male dominated sport. A recent report found that of the top 680 earners in esports, only two were women. As more outside sources arrive into the esports scene, hopefully we can see a more diverse lineup of the top teams.

How do you think Jesse Lingard will do running a Rainbow Six Siege team? Let us know over on our social channels!