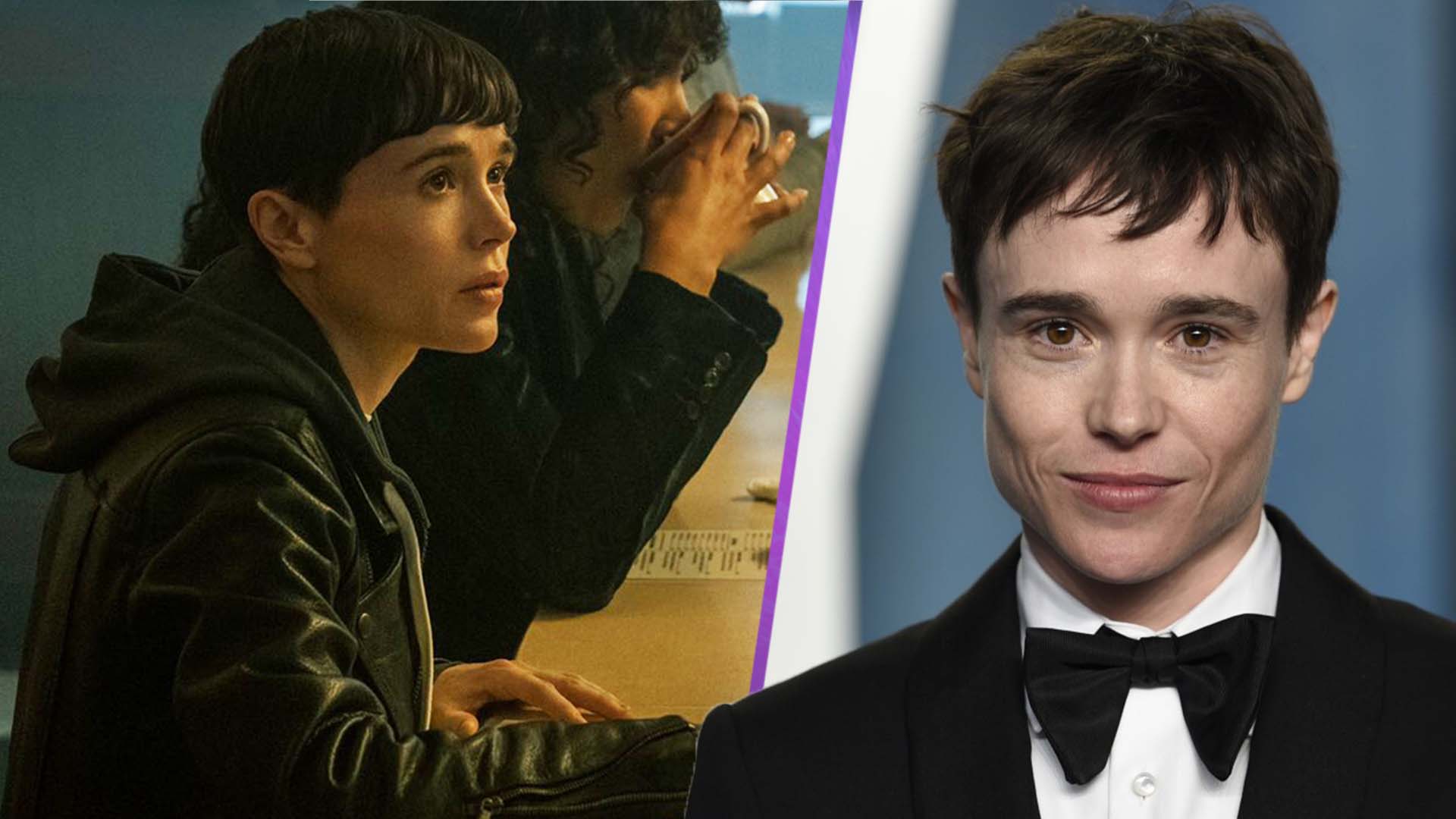 Elliot Page has revealed the first look at their character in The Umbrella Academy, with a brand new name to boot.

Page shared a photo of his character on Twitter, sitting in a diner with what looks like Allison (Emily Raver-Lampman). The caption reads

There’s no further details given or known at this stage, but from extrapolation it seems that Vanya Hargreeves will be coming out as transgender in the new series. Season 3 is due to release later this year on Netflix and promises to tell us more about the Sparrow Academy, the version of the Umbrella Academy from another timeline that the Umbrella Academy have managed to create.

We’ve so far only seen a fifteen second clip from the new season of the show, but there’s more promised to come later in the year prior to the release of the show. Take a look below at the first revealed photo of Viktor Hargreeves.

Elliot Page came out as transgender late last this year, revealing his pronouns and he/they. A GLLAD spokesperson stated at the time that

“Page will not be an inspiration to countless trans and non-binary people.”

Since then Page has appeared on the front cover of Time Magazine, making him the first openly trans person to ever appear on the front of the magazine. He revealing at the time that they came out they’d just recovered from top surgery.

Are you excited to see Elliot Page in Umbrella Academy Season 3? Let us know across our social channels.