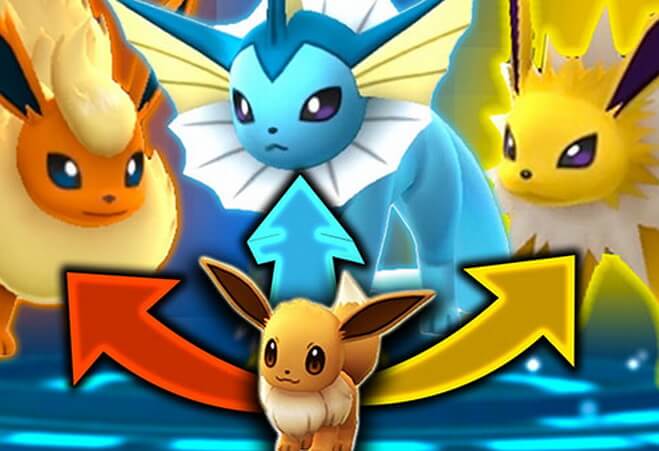 The new Pokemon Sun and Moon version exclusive Pokemon were introduced by The Pokemon Company last week. They also introduced new Z moves for Pokemon like Pikachu and Eevee.

As expected Eevee’s new Z move is related to its evolution. In the video which introduced the Z moves, Eevee surrounded itself with Z power and there were 9 different colored balls to its left.

The colors of the balls which can be seen in the image above are – red, yellow, green, blue, light blue, purple, pink, dark grey and whitish grey. The first eight colors can presumably represent –  Flareon, Jolteon, Leafeon, Vaporeon, Glaceon, Espeon, Sylveon and Umbreon. So, we are still confused about the ninth one, which is whitish grey in color.

On the other hand only eight Pokemon appeared during Eevee‘s Z move. Can it be a sign of a new Eevee evolution coming up soon. Looking at the color, Eevee’s next evolution can be a steel type one but it has not been included in its new Z move. Source: Otakukart