There’s an upcoming expansion for Dying Light called The Following. In case you’re wondering whether or not it’ll be worth your hard-earned money, so far it sounds like the answer is a definite ‘yes’.

Fans of Dying Light will be overwhelmed with a vast new area to explore, and developers are hinting that it’s actually twice as big as the area in the main game.

As some of you tell yourselves at night, it’s not just the size that counts – it’s how you use it. Having a massive world doesn’t mean a heck of a lot if it isn’t packed with fun stuff to do and see.

“All the locations are full of little details that tell various apocalyptic stories if you look closely and the most inquisitive will surely discover dozens of rewarding secrets.” – Techland, the people behind Dying Light.

If you haven’t played Dying Light first, you’ll want to give it a go since The Following takes place immediately where the main game concludes. You’ve got a few options.

You can grab The Following along with the OG version of Dying Light for $60 in the upcoming Enhanced Edition, you can grab it as part of the $30 Season Pass, or if you already own Dying Light and don’t want the season pass – you can pick up the expansion for $20.

At $20 for DLC, fans are going to be expecting a lot – and it looks like they’re in good hands. Check out the reveal trailer below – 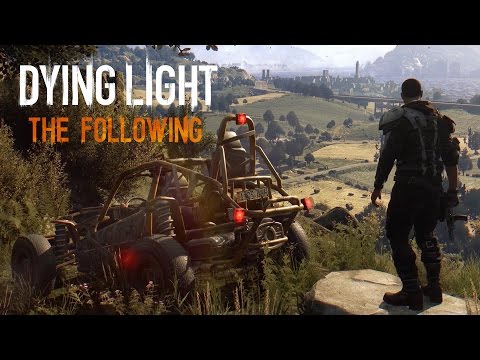