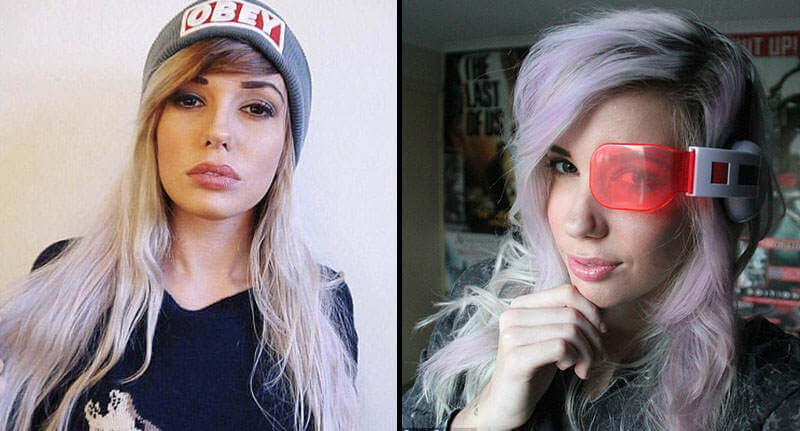 Being a female in itself isn’t easy if you’re an online personality but if you happen to be among the limited number of females in the gaming industry, it just gets worse.

Receiving all kinds of vulgar comments and being objectified beyond comprehension is commonplace, receiving weekly rape threats isn’t unusual either. Often, the abusers go unpunished as most female gamers tend to look the other way but this lady had other plans.

Alanah Pearce, 22, is an Australian game reviewer, and she had had enough of trolls sending her rape threats on a weekly basis. Pearce was so fed up trying to confront these idiots themselves that she came up with a better plan: she began contacting the moms of these trolls and told them how these kids behave online.

The journo, who currently works as a Toys & Culture editor at IGN (one of the world’s biggest gaming websites) – is no stranger to receiving online threats from mostly young men. Pearce revealed that she gets at least one rape threat a week from these trolls. These kids mostly use Facebook and Youtube to send these messages her way.

Everyone I’ve managed to identify that has sent me a rape threat has been a male, and a surprising amount of them have been young boys, but I don’t stop to ask them their age before banning or reporting their comments.

Pearce has recently started making an active effort to identify these abusers and send their parents/guardians a note regarding how they behave online as she strongly feels they must face the consequences of their actions online.

For anyone who sends me any kind of threat on Facebook, I will go to their profile and try to find personal information. For young boys I usually look for parents or family listed on their profile, and then send them a screenshot of the abuse their son has sent me. I’ve also contacted schools before if I’ve been unable to contact parents. I think it’s an effective response to online harassment because it gives real world consequences to online actions.

Alanah has received mixed reactions from those she’s contacted regarding their kids actions online. Many supported her and has taken steps such as confronting their kids about it and some even going as far as taking away their child’s online accounts. But, others have outright denied that their children could do such things online.

If you have the option to give someone real-world consequences for their action you may be able to teach them not to do it again, but you should never respond to them directly, especially not online. They want attention, so if you give it to them they’re unlikely to go away.

We feel Alanah is justified is taking such steps and it is a good example for others to follow. These trolls must face real world consequences for the abuse they met out to people online and only then can they truly realize their mistakes.