Sony creatively highlighted some new facts about the PlayStation 4 racing game DriveClub through their vibrant and beautifully animated ‘Be Moved’ website.

Evolution Studios DriveClub claims to take driving realism to the next level. One of the more prominent pointers is that the in-game car models are made up of 250,000 polygons alone.

The note titled as ‘Making A Better World, Literally.’ reads as follows,

“Artists imagine new worlds. Engineers bring them to life. DriveClub is a new driving game that takes realism to the next level. Every location is precise down to the angle of light. Flora is detailed to the species. The cars are made of a staggering 250,000 polygons. So the feeling of driving is as real as the world created.”

With so much attention to details, the game does require extra effort and time to polish DriveClub for release. This might also be one of the reasons why DriveClub has also been delayed in Japan.

DriveClub is set to launch for the first quarter of 2014. Are you waiting eagerly for DriveClub? Share your thoughts below. 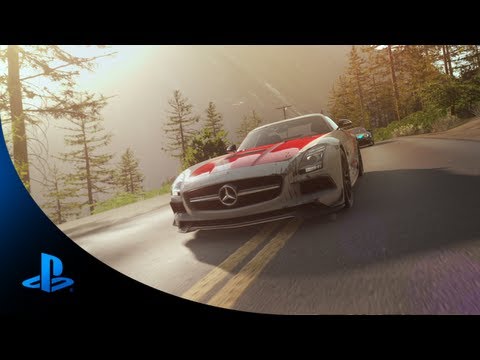