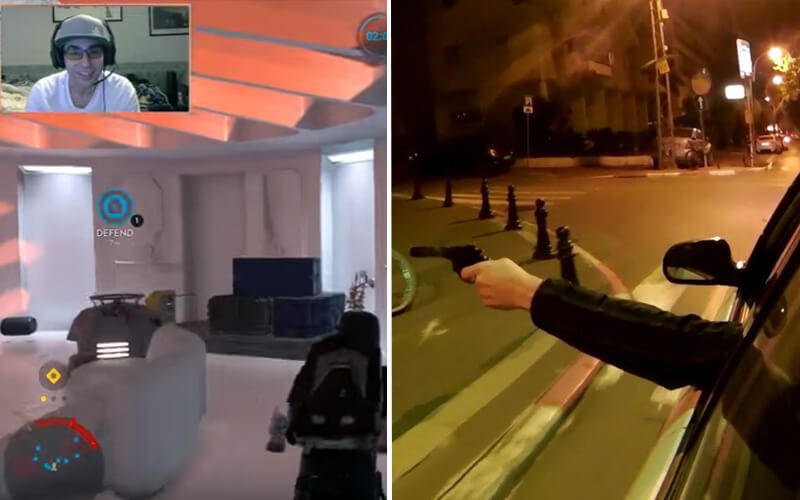 A gamer was livestreaming Star Wars: Battlefront and having a jolly good time when a rather scary incident happened, all while he was still live and a lot of fans were tuned into his stream.

A few actual gunshots rang in the air, and was followed by the realization that a drive-by shooting had occurred nearby. The gamer appeared unfazed and went on to calmly inform his fans that a shooting has occurred and tried to reassure them that he was fine.

After pondering whether or not he should have a gun, he informed the viewers he was going to check what’s up before leaving, he also took a knife with him. It was later revealed that a drive-by shooting had indeed occurred and a lot of cops showed up in his neighborhood.

He was unable to confirm if there were any casualties. Although most people would have freaked out if something similar happened close by, it was rather strange to see how this gamer reacted. He was seen laughing and appeared quite chilled out about the entire ordeal.

It was almost like he was used to these things, which in itself is a scary thought. We hope no one was injured during the shootout and glad that the streamer himself, walked out of this whole incident, unscratched.