Dishonored, the upcoming stealth/action title by Bethesda endeavors to match BioShock and Hitman in innovative killing methods, as is being showed in the new trailer released.

In the trailer, the protagonist Corvo stops time after a guard fires at him, a la Zack Morris’ “time-out” ability from Saved by the Bell, possesses the guard, walks him to the path of the bullet and then leaps out of the guard’s body to let the bullet hit him. Htman and BioShock look out.

The game also has rat possession, which sounds pretty obscure but blends well with the game which has far more obscure things in store.

Dishonored is being developed  by Arkane Studios. Check out the trailer below. 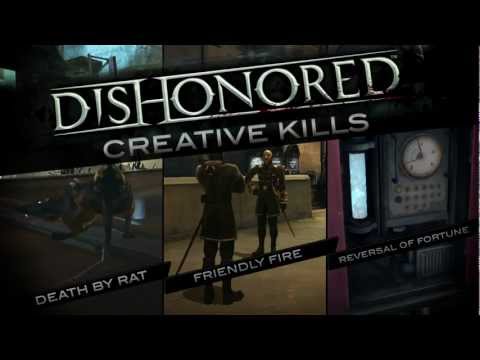