Zombie Studios Daylight has just released the launch date for the PlayStation 4. Daylight is an upcoming survival horror video game that is played out in a first-person perspective. With the recently release date announcement, we have the latest features that will be coming along with the title and some screenshots.

Daylight will be available for pick up on April 8th for $14.99 on the PlayStation 4 and PC. If you’re still in the dark on some of the very cool features coming with game then read on.

The PlayStation 4 and PC version of Daylight will be fully 3D compatible out of the box! 3D-enabled TVs and monitors will bring the scares, jumps and all other things that haunt the Mid Island area to life in a very tangible way. RealD is the same technology they use in movie theaters for 3D movies and excels at giving the game terrific depth-of-field. Catching an overhead light flicker down an incredibly long corridor is one of the more chilling 3D applications…until you come across a spirit, that is. If you have the means, we highly recommend giving this mode a try. Oh, and here’s a casual reminder that Daylight is also compatible with the Oculus VR, for those brave enough…

This is a very cool feature that we’re super stoked about. It’s no secret that Daylight is extremely friendly for the PS4’s “Share” button (ditto, PC streaming). The tinkerers at Zombie Studios found a way to use Twitch chat to cue in-game events. The example we’ve been tossing around (and is in no way final) is that someone watching a stream types the word “Meow” into the chat, which causes the game to make a corresponding sound of a cat. So yes. You can literally scare your friends now by watching them stream. There are two caveats to this:

1. They’re all on timers, so you can’t spam them. That would be ridiculous.
2. We’re not going to tell you the full list of words. You’re going to have to find them through experimentation.

The Prison area unlocks after players find their way out of Dr. Mercer’s office. The hospital doors are replaced with iron bars, nurses’ stations replaced with guard checkpoints, and the prison is punctuated with a lurking 3-story stack of prison cells. Remnants players will find in this area are notes from prisoners to each other, guard logs about various altercations, and even a few cover-ups of impropriety. The spirits players begin to encounter in the prison are the first ones in the game that start to get aggressive. Staying safe in the prisons will require being able to quickly and efficiently navigate the prison block, but the tight corridors and guard rooms will put players to the test.

One of the later levels in Daylight is the Forest. After players traverse through the Prison and the Sewers, they will find themselves outdoors in a big open area, lit only by the trusty mobile phone light and the faint glow of a sallow moon. Despite being a giant open area of scrub land and swamps, the Forest still has the same procedurally generated environments as the rest of Daylight. Several notable landmarks will be randomly generated in the open world. The random landmarks will also contain the location of the remnants to find, but only the bravest players will live long enough to see what kind of horrors the forest holds (the shack full of nooses is a personal favorite of mine). 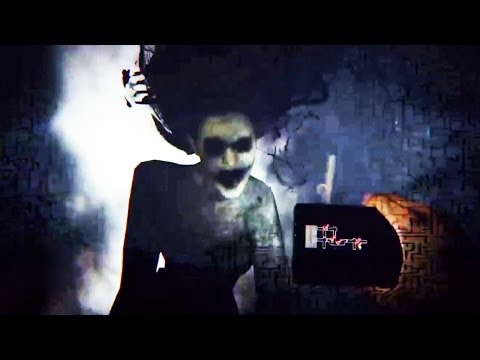