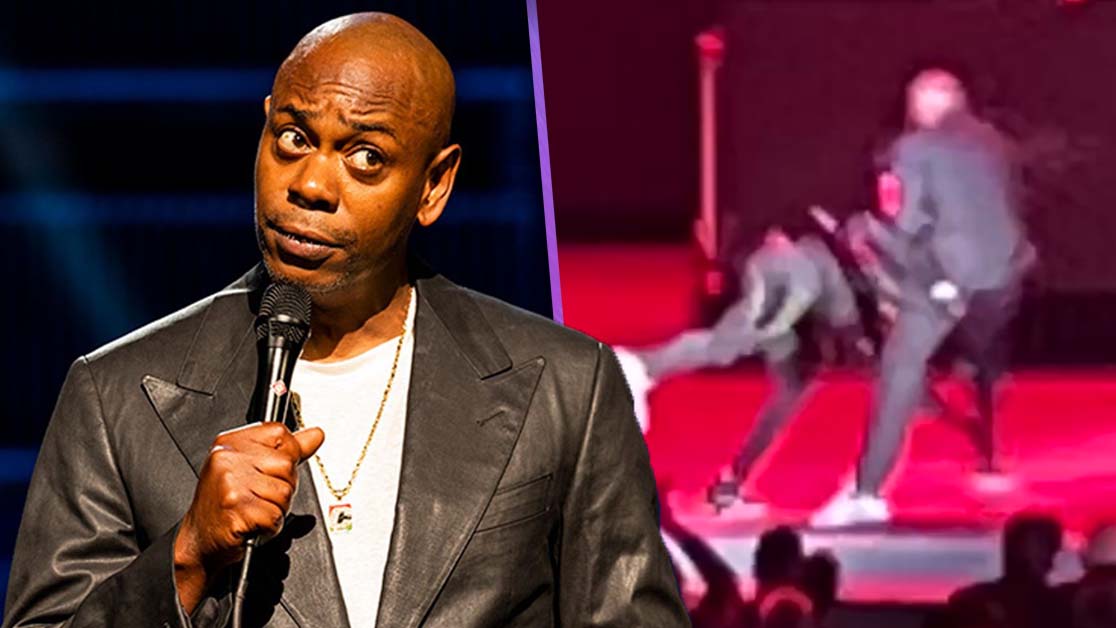 Dave Chappelle was assaulted on stage last night, according to people who attended the comedian’s show and social media footage.

Several videos show footage of the incident. In them, a man rushes on stage and tackles him to the floor. The man is then dragged away by security.

The show took place at the Hollywood Bowl on Tuesday night. The assault happened in the middle of his set, but Chappelle got up and continued afterwards. Later, Chris Rock, who was at the same venue, made an appearance on stage and joked “Was that Will Smith?”

LAPD confirmed that the man was taken into custody. Worryingly, he was armed with a replica gun that can apparently eject a knife blade. It’s unknown if the man was trying to use the weapon on Chappelle. The comedian was unharmed in the incident.

Immediately after the attack, Chappelle jokes “It was a trans man”. The joke refers to his Netflix specials containing transphobic material, for which Chappelle received criticism.

Chappelle was performing as part of the Netflix Is A Joke Fest. The festival is an 11-day comedy gauntlet ran by Netflix. It features comedians such as Seth Rogen, Aziz Ansari, Bill Burr, Conan O’Brien and Chappelle himself.