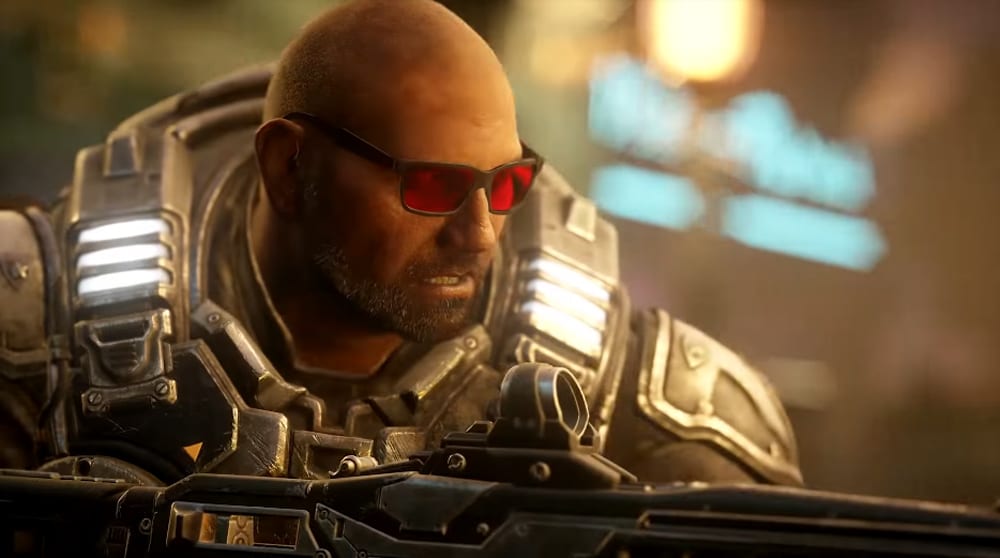 Guardians of the Galaxy star Dave Bautista says that he would rather work on a Gears of War movie than Fast and the Furious.

The ex-wrestling professional recently spoke about his experience of pitching roles to movie studios. In the interview, he talks about how he’s always wanted to play Bane, the souped-up muscle-man seen in the Batman comics and movies [via Collider].

But Bane isn’t the only character that Bautista is dying to portray on the silver screen. He says that he once had the opportunity to pitch a Gears of War movie to Universal with himself as the lead role of Marcus Phoenix.

Bautista was so set on the project that he even turned down a role in the Fast and the Furious franchise in favour of Gears of War.

“I had a meeting at Universal and they wanted to talk to me about Fast and the Furious. I said ‘I’m not interested, let’s talk about Marcus Phoenix!,” Bautista exclaims.

A Gears of War Movie is in the works!

Sadly, Universal didn’t seem to be interested in the project. Bautista was disheartened but said that he’d rather pitch something he’s passionate about than get involved with something uninteresting.

“I think they were a little put-off, but you get a shot, you know!” Bautista continues, “I don’t mean to offend anyone, I’m not putting down anything else. I’m just saying, this [Gears of War] is way more interesting to me. I don’t want to pretend like I’m interested in something I’m not when there’s something I’m actually really excited about.”

While he might not be starring in a Gears film anytime soon, Bautista did have his wish come true in part. In 2019, his likeness was added as a cosmetic option in the Gears 5 multiplayer modes.

More recently, the game was updated with the option to change Marcus Phoenix’s likeness to Bautistas in the single-player campaign.

Bautista isn’t the only celebrity keen to star in a Gears of War movie to be made. Terry Crews has also been a strong advocate of the franchise in the past. A movie adaptation is in the works, but we don’t yet know who’s starring in it or when it will release.