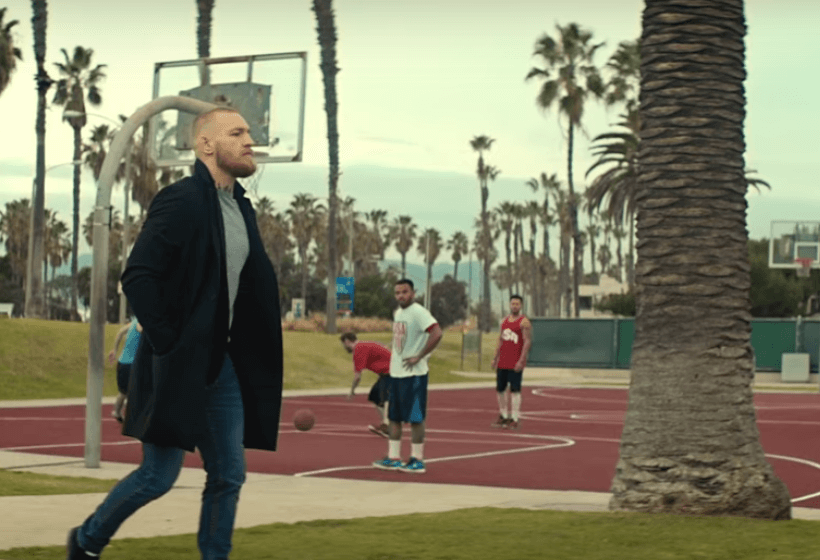 Fresh off a disappointing loss to Nate Diaz, UFC superstar Conor McGregor is still getting after the money, seen here starring in a new Budweiser TV commercial. In the commercial, “The Notorious” gives a motivational speech while walking through the streets of his home country of Ireland that transform in Los Angeles as Conor raps about chasing dreams.

Despite the uplifting message, Irish TV networks are concerned that the commercial might encourage underage kids to consume alcohol and have banned it from airing on major networks. Doesn’t really make much sense, but the picture becomes a bit clearer when you learn of McGregor’s tumultuous past with Irish officials. Irish officials had refused to organize a homecoming parade for Conor after he beat Jose Aldo, and only caved after massive public outcry.

He was even investigated for this photo he posted on instagram, in which he claimed was posing with an airsoft gun.

Budweiser has issued a statement defending the commercial which they claim was pre-approved by the the proper committees.

Battlefield 2042 Beta Impressions Are In And It’s Proving Controversial