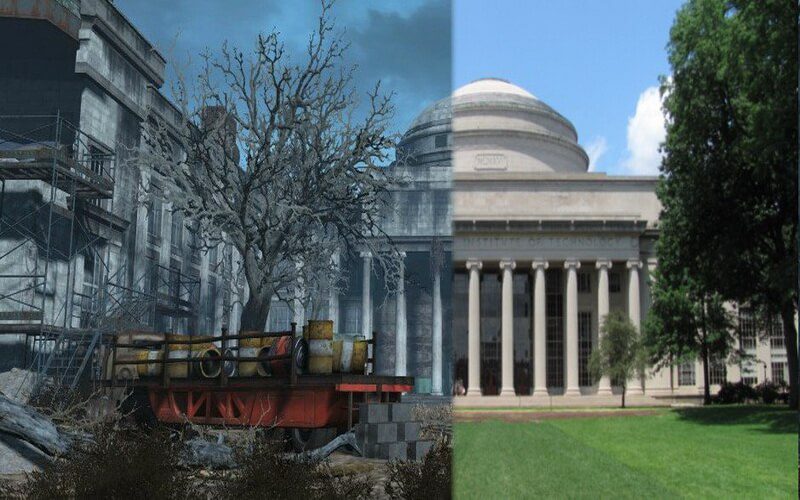 The setting for Bethesdas Fallout 4 is the Commonwealth, in or around the Boston, Massachusetts area. Naturally, a few real world landmarks have crept into the game world and we have to say the resemblances are uncanny.

Real life landmarks in video games isn’t something new, after all GTA V has the Vinewood (Hollywood) sign, GTA IV the statue of happiness (the Statue of Liberty) and usually a handful of maps on CoD feature some historic landmarks.

However, it’s always a tread to see such detailed replication of the real world in a videogame and we simply can’t get enough of it. Bethesda seems to have done a mighty fine job at it too as is evident from the screenshots above.

The developers seem have left no stone unturned to replicate the beauty of Boston in the gameworld. They have done extensive research and have bought in several famous monuments and historical places in and around Boston and have given them a coat of post-apocalyptic design. The results are rather satisfying. Take a look below –

If you want to see more, you can do so here. Also a big thank you to two5teps for capturing all of these. The impressive thing about this, is that the the dev team actually took four years perfecting the look of the structures and then giving it their own post apocalyptic look, adding rust, dirt and blood, scattering debris and bodies throughout.

Although videogames are an entertainment medium it is just baffling to think how much of hard work actually goes on behind the scenes. As an artistic medium, it’s on par with any other creative medium in the world and developers like Bethesda are testament to this fact.