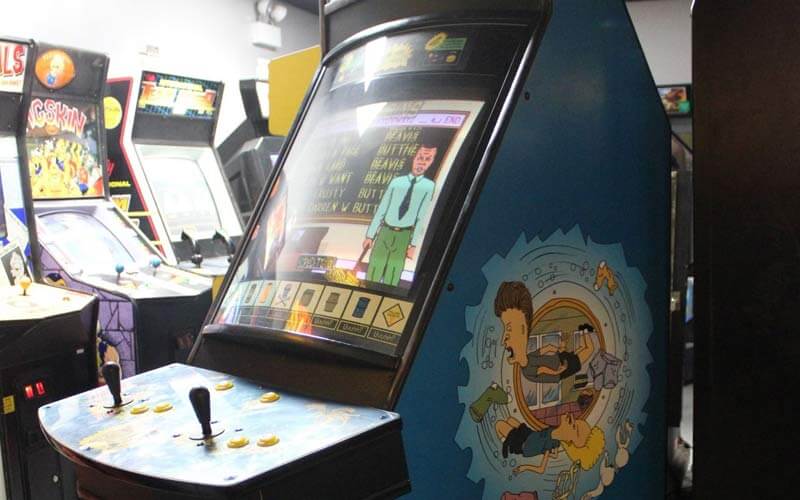 In the mid-nineties, Atari started to work on a Beavis and Butt-Head arcade game that played like the Simpsons beat-em-up arcade game. It could have been a great time for people who like arcade games based on great ’90s cartoons, but instead the project was shelved. Now, two decades later, it’s been uncovered and the prototype has been painstakingly completed so that you can enjoy the Beavis and Butt-head game that almost didn’t exist.

If you’re ever in Brookfield, IL, make sure you stop by the legendary Galloping Ghost Arcade. They have over 440 games, with over 180 world records owned by players on their machines. This old prototype was discovered by Jeremy Fox of Prince Arcades, who decided to set it loose for the public to enjoy, rather than letting it end up in the warehouse of some collector.

For a flat fee, gamers can enter the massive arcade where every game is set to free play, and something tells me there’s going to be a huge crowd around Beavis and Butt-head for quite a while. On the plus side, they’re open until 2am, so there’s plenty of time for everyone to get a turn.

Initially, the game wouldn’t start and they had to get creative.

Here’s an except from the GGA Facebook page that describes the process:

“When we received the cabinet, its proprietary CD drive was not working and the game was completely dead. The drive had an odd ribbon cable we’d not seen before…

While the game would not start, when the reset button in the cabinet was pressed, a 3DO logo would display. That sparked the idea to go do a little research on the 3DO. It quickly looked like the drive in the old Panasonic 3DO used the same cable. We went out the next day and found a used 3DO and opened it up. Taking the drive out and just connecting it to the PCB did not start the drive properly. So we put the drive back in the 3DO and let the Power go from the 3DO to the drive and the data cable go to the Beavis and Butthead PCB. Moments later Seth Young and I heard the incredibly recognizable music of the Beavis and Butthead theme song. Now it is available for all to play!”

There were originally 12 of these prototypes created, and it’s unknown how many are still in existence besides this one and another one that was gifted to MTV for a charity event.