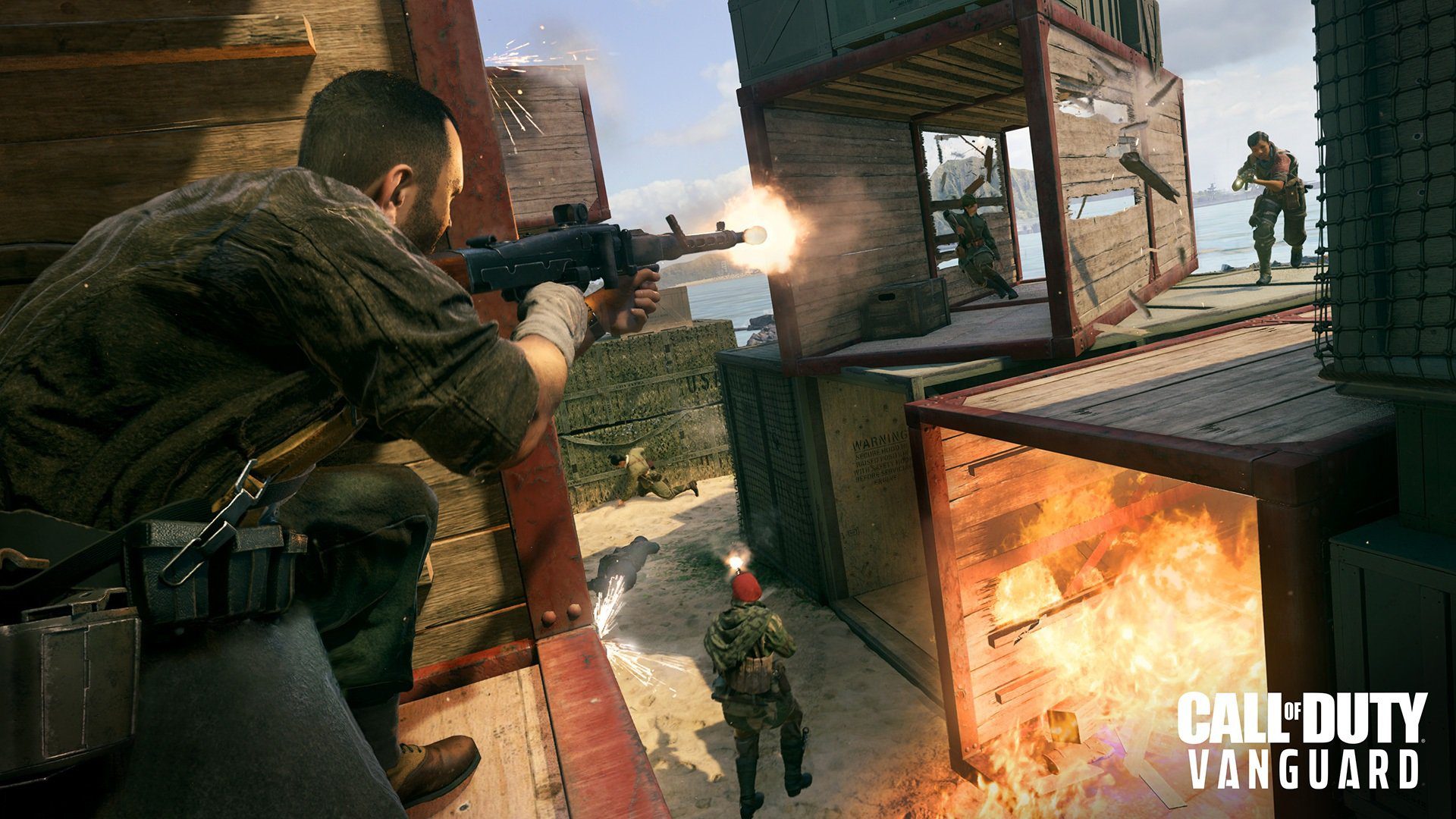 A new patch has dropped for Call of Duty: Vanguard and it’s bringing back the classic map Shipment in the game.

The November 17th update re-introduced the fan-favourite map, which offers fast close-quarters action on one of the smallest CoD maps ever.

Shipment has been given a new look to match Vanguard’s World War II theme. The map now has destructible walls, and you can shoot through some of the shipping containers. This is in line with many of the other maps in Vanguard.

The patch notes also introduce a fix PS5 users who were previously unable to start up Vanguard if they had less than 40GB of space available. The update also fixes a bug that would cause players to crash when attempting to send a clan invite.

A fix for a weapons camo bug that prevented players from equipping them has also been addressed in the patch. Players can no longer equip camos they don’t own either.

But obviously, the real meat of this patch is the new map which should be a nice fit in Vanguard. We’ll see how it turns out in this new iteration of Call of Duty, but I doubt it’ll feel much different to before.

Call of Duty: Vanguard also has a Free Access Multiplayer weekend going on, which runs from November 18th to November 22nd.

Have you been playing Call of Duty: Vanguard? Let us know on social media!