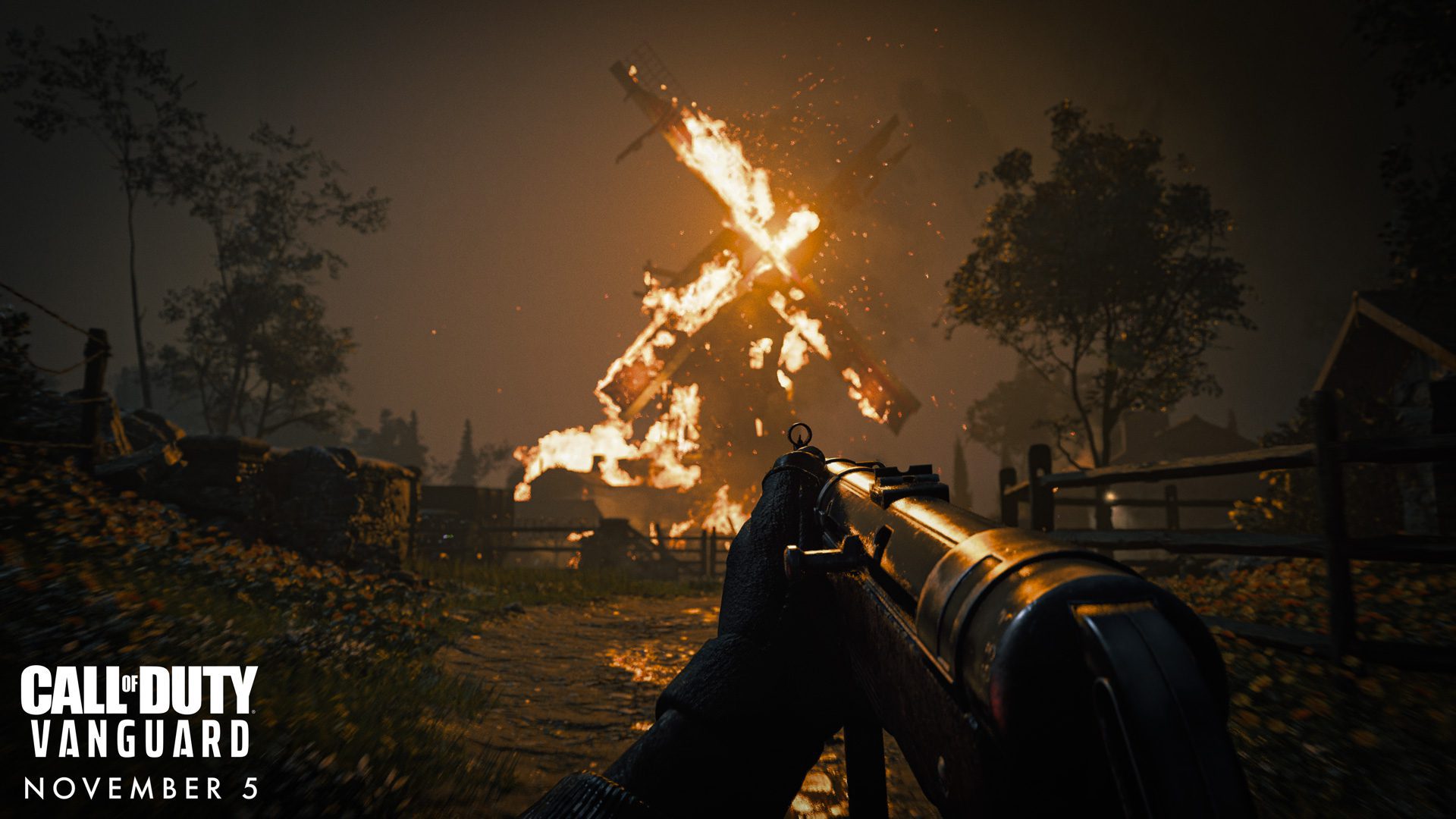 Call of Duty Vanguard was revealed last week, and other than the odd snippet here or there, we haven’t seen any extended gameplay. However, during Gamescom, Activision released a slice of one of Vanguard’s campaign missions, which was teased at the end of the reveal trailer.

This gameplay is based on the Eastern Front, and one of Vanguard’s four settings. Returning to an updated version of the Modern Warfare engine, Vanguard looks stunning across its eight minutes of gameplay.

VANGUARD GAMEPLAY IS ALL ABOUT THE LIGHTING

One of the most noticeable things about the new gameplay is its use of lighting. Modern Warfare focused on darkness, with night vision missions being some of the standouts of its campaign. However, Vanguard is clearly squeezing everything it can out of next-gen consoles, and putting it into its lighting.

Fire and distant blasts are really impressive as Polina Petrova makes her way through an urban setting. Fog and smoke clouds the streets as distant artillery fire light up the night. As Petrova picks up her first weapon , her weapon jams slightly, potentially hinting at weapon degradation making its way into the campaign. Although, I reckon this will remain scripted if it is.

As Petrova darts her way through several buildings, we get our first glimpse of environmental damage, as a German soldier shoots through the walls. This continues as Petrova blasts through some windows, with an impressive amount of detail. While we likely won’t see Battlefield levels of destruction, bits of floor, wall, windows and doors chipping away will boost immersion.

As Petrova makes her way through the burning streets of Stalingrad, we get a sense of the scale and visual clarity that will be at the forefront of Call of Duty Vanguard. Partnered with 3D audio and haptic feedback, Vanguard will be a dream to play on PlayStation 5.

Call of Duty Vanguard will launch on November 5th. However, players hoping to get their hands on the game sooner can try out the PlayStation alpha this weekend. An open beta will also launch in September.

What did you think of Vanguard’s gameplay? Let us know over on our social channels!