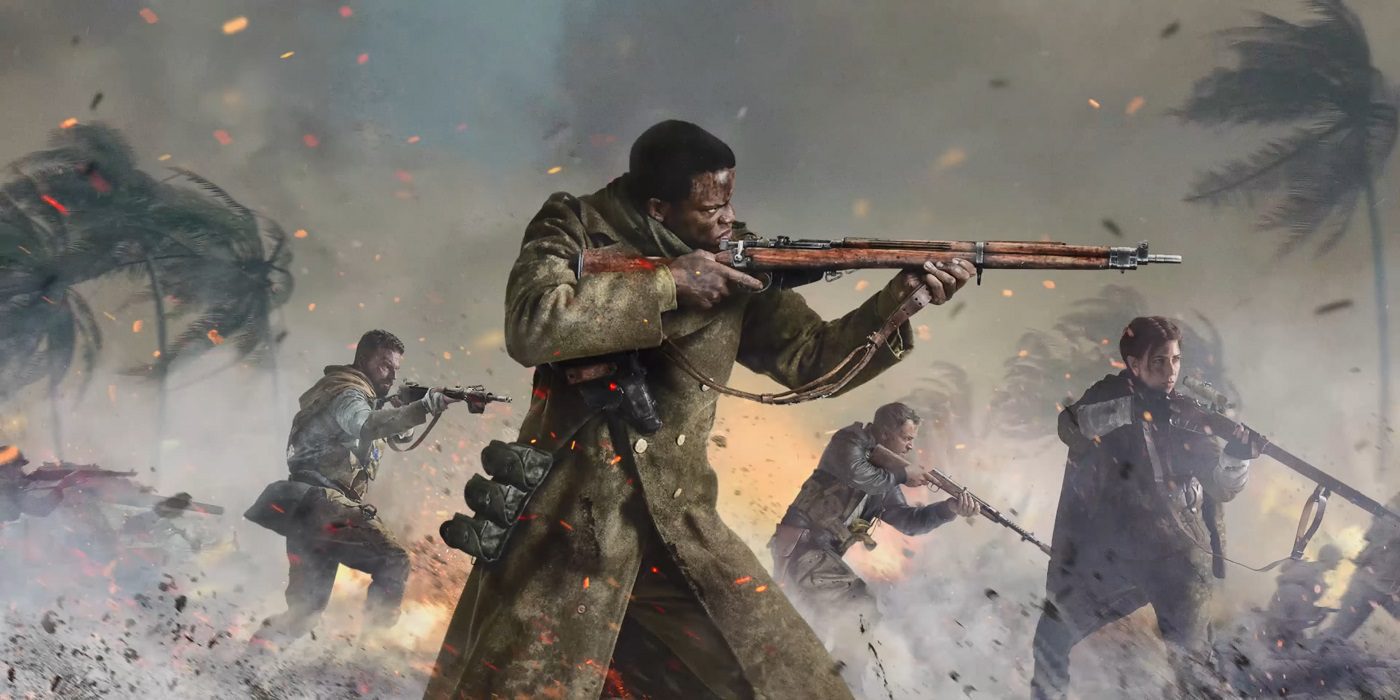 While Sledgehammer Games dived deep into the campaign at the Call of Duty Vanguard reveal, we were left a little lighter on Multiplayer, Zombies, and Warzone details.

The studio is expected to reveal more details about the game’s other modes in the coming months. Although Call of Duty campaigns are usually always a fun time, it’s not really what the majority of players are buying the game for. If you want to learn more about the Campaign, we’ve got a full writeup over on our sister site, GameByte.

Fear not, Multiplayer lovers – we’ve got you covered. Here’s everything that we do know so far about Vanguard’s Multiplayer, Zombies, and other features.

It has 20 maps at launch

Sledgehammer Games has confirmed Call of Duty Vanguard will feature a total of 20 multiplayer maps at launch.

Vanguard is taking Call of Duty back to its roots with yet another return to the WW2 era. Though Sledgehammer also developed 2017’s WW2 Call of Duty, this title is going for a totally different vibe. The last game focused mostly on the Western Front, whereas Vanguard takes things to the global stage.

As such, Vanguard is set to ship with a huge amount of multiplayer maps. There will be a colossal 20 maps to play on day one. 16 of those maps will be your classic 6v6 maps, while the other four will be smaller 2v2 style maps. This would indicate that a Gunfight mode similar to the one introduced in Modern Warfare will be returning this year.

For reference, Black Ops Cold War launched with just 8 maps. Meanwhile, Modern Warfare had 21 maps on day one, if you include the ones used for Gunfight and Ground War.

Where will they be set?

Vanguard is set to take place across several theatres of war. So far, we’ve had the Western Front, Eastern Front, and the Pacific regions confirmed as playable. In addition, we’ll also get to play in battles that take place in Northern Africa. It’s likely that we can expect these maps to take place in places across the globe that fit in with these classic wartorn locations.

Greg Reisdorf, the Multiplayer Creative Director at Sledgehammer, describes these maps as ‘smaller and tighter’ experiences. This is inline with the sort of map design usually associated with classic Call of Duty games. It’s a step away from the sort of maps that Treyarch designed for Cold War. Satellite, Cartel and Miami in particular are so large that round timers will regularly run out before the maximum kill target is reached.

It uses the Modern Warfare Engine

‘We’ve integrated an improved technology while building exciting and powerful new systems specifically for Vanguard.’ Chan explains. ‘Our vision is first and foremost to support and enhance the gameplay experience, and the strength of our technology derives from our player centric focus. All of the tech is in pursuit of that mantra.’

What that means in layman’s terms is that the team has focused on enhancing the visual fidelity of the world while maintaining an optimised performance. The visual enhancements are already clear to see in the trailer we’ve seen for Vanguard so far. Gameplay and time period setting aside, it’s hard to argue that the latest Call of Duty isn’t a looker.

Chan explained that a new and exclusive subsurface scattering system has enabled the team to blanket areas like Stalingrad in incredibly realistic snow. On top of that, new GPU rendering techniques allow for ‘orders of magnitude’ more particle effects like embers, sparks, and ash.

Perhaps the biggest technical addition to Call of Duty this year is the introduction of persistent damage. It’s nothing new by shooter standards – the Battlefield games have seen damage as a key feature for over a decade now – but COD is finally catching up. When shooting certain surfaces, like doors and windows, the objects will show persistent damage, allowing players to create new routes through maps or new lines of sight.

Vanguard will run at 60fps on console

All of these visual enhancements are being made without significant cost to the game’s performance. Call of Duty has always run at a smooth 60fps on console, and Vanguard is no different. We didn’t hear specifically whether that included the PS4 and Xbox One, though. If Vanguard does still run at 60fps on the older generation of console, we can expect to see some of these graphical features toned down.

Overall, the visuals of Vanguard are shaping up to be one its most compelling features. Modern Warfare is still one of the best looking modern Call of Duty titles, so it’s great to see that technology return once again. Hopefully, the streamlining of the development team’s technology will make for a more seamless Warzone integration.

Treyarch is developing the Zombies mode

Fans of Call of Duty Zombies will be pleased to hear that Treyarch is leading the charge with a brand new Zombies mode in Vanguard.

While Sledgehammer Games is the lead developer of Vanguard, it’s taking a collaborative approach to development. Raven Software is taking custody of much of the Warzone integration. Infinity Ward has collaborated immensely with upgrading Vanguard’s game engine. Treyarch is pulling its own weight by developing a dedicated Zombies mode for the new WW2 shooter.

This marks the first time that the Call of Duty series has seen a true franchise crossover. The Vanguard Zombies mode will tell the prologue of the Dark Aether story established in Black Ops Cold War. With Vanguard set during WW2, it makes sense that Treyarch will be taking the opportunity to tell an origin story.

It’ll also be a nice callback to the very first Zombies mode that Treyarch developed. Long term Call of Duty fans will fondly remember the Nazi Zombies mode that debuted with World at War in 2008. If the development team is playing their cards right, we can surely expect to see plenty of callbacks and easter eggs.

According to Sledgehammer, Zombies in Vanguard will provide continuity with the current Zombies mode while innovating with the new gameplay features implemented with the updated engine.

‘It’s an awesome relationship with both Infinity Ward and Treyarch’

With Vanguard shaping up to be a true collaboration project between all of the Call of Duty teams, I asked Studio Head Aaron Haldon what it’s like to work with Infinity Ward and Treyarch:

‘For well over a decade we’ve been working with Infinity Ward and Treyarch ever since Sledgehammer was founded in 2009, so it’s nothing new.

‘It’s really awesome working together – it’s something that I love about this franchise is how we continue to push each other as studios. It’s an awesome relationship with both Infinity Ward and Treyarch.’

Sledgehammer promises that more information on the Vanguard Multiplayer and Zombies modes will arrive later in the year. With the game set to launch on November 5th, we certainly hope that we hear more soon. There’s less than three months left until the prospective launch date.

What do you think of Call of Duty Vanguard so far? Let us know across our social channels.