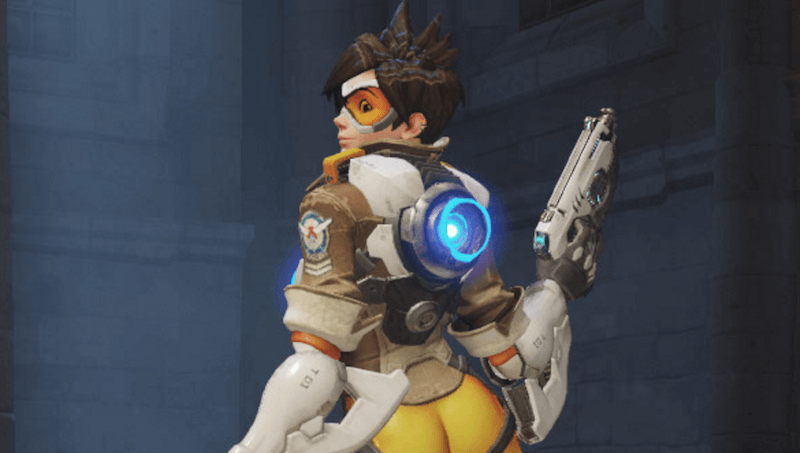 The community forums for Blizzard’s upcoming game Overwatch have been a place for arguments over a change off-late.

A thread about character Tracer was created recently by an Overwatch forum user. The user starts by praising Tracer, mentioning why she is a star and why she’s loved by everyone. The user then went on to refer to a particular pose of Tracer (as seen in the picture below), which he/she believed reduces her to a ‘bland sex symbol’.

The thread started an intense debate soon after and most of the community members opposed the suggestion.

Overwatch director, Jeff Kaplan then made this statement yesterday:

We’ll replace the pose. We want *everyone* to feel strong and heroic in our community. The last thing we want to do is make someone feel uncomfortable, under-appreciated or misrepresented.Apologies and we’ll continue to try to do better.

This followed a quick lock down of the thread which caused further displeasure among many of the fans who didn’t want the change to happen.

With many opposing the idea of removing ‘that’ Tracer pose, it will be interesting if Blizzard sticks to their decision or not.

Overwatch is set to release for PlayStation 4, Xbox One and PC on May 24.