Irrational is finally closing the book on BioShock Infinite with the final Burial at Sea episode releasing March 25th. Burial at Sea Episode 2 will feature some major characters from the series and will give you a worthy amount of gameplay. Ken Levine from Irrational Games has even made mention that the game will take you about five to six hours to complete. That’s a relief to hear for some gamers as the first episode was rather short.

Today we’re finding out that upcoming episode which will in fact end the story for both BioShock Infinite and Burial at Sea will include a number of big characters from the series. These characters include Andrew Ryan, Daisy Fitzroy, Frank Fontaine along with Booker and Elizabeth.

Ken Levine has also stated that the new episode DLC will give gamers a whole new perspective on the BioShock universe. If you’re wanting more information on the upcoming episode or just some background on the production of Burial at Sea then check out the behind the scenes trailer down below. 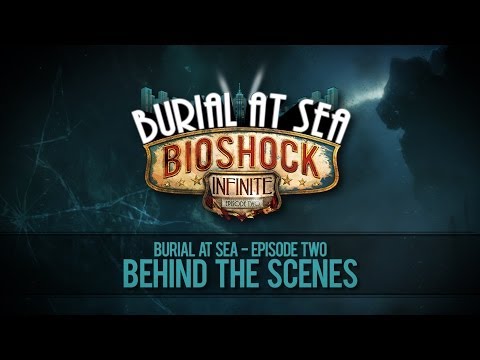